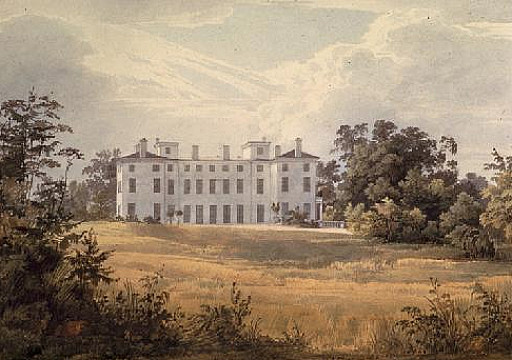 Recent archaeological excavations in Bordentown, New Jersey have unearthed the remains of Joseph Bonaparte’s palatial estate, Point Breeze. Joseph, the elder brother of Napoleon Bonaparte and former King of Spain and Naples, fled to the United States in 1815. He lived in New Jersey from 1816 until 1839. During this period he built two palatial homes, laid out a 1900-acre picturesque landscape, and acted as an unofficial cultural attaché. His home was a center for French refugees in America. His library and art collections were the largest in the country. At Point Breeze, he entertained many of the leading intellectuals, politicians, artists, and military figures of the day. Bonaparte’s passion was landscape architecture, and on his property he created one of the first purposefully-designed picturesque landscapes in America. Archaeological excavations have revealed the remains of Joseph’s first mansion and recovered an intriguing collection of artifacts that provide a unique glimpse of the lifestyles of the rich and famous in 19th century New Jersey.

Speaker Richard Veit, Ph.D. is Professor of Anthropology and Associate Dean of the School of Humanities and Social Sciences at Monmouth University. Rich is a North American historical archaeologist whose research focuses on the Middle Atlantic Region between the late 17th and early 19th centuries. His work focuses on commemoration, symbolism, vernacular architecture, and military sites archaeology. He has authored or co-authored numerous articles and reviews and eight books including Digging New Jersey’s Past: Historical Archaeology in the Garden State (Rutgers Press 2002), New Jersey Cemeteries and Tombstones History in the Landscape (co-authored by Mark Nonestied, Rutgers Press 2008), and New Jersey: A History of the Garden State (co-authored with Maxine Lurie, Rutgers Press 2012). In 2007 he was the recipient of Monmouth University’s distinguished teacher award. He regularly presents on topics relating to historical archaeology and New Jersey history and has been a TED speaker.