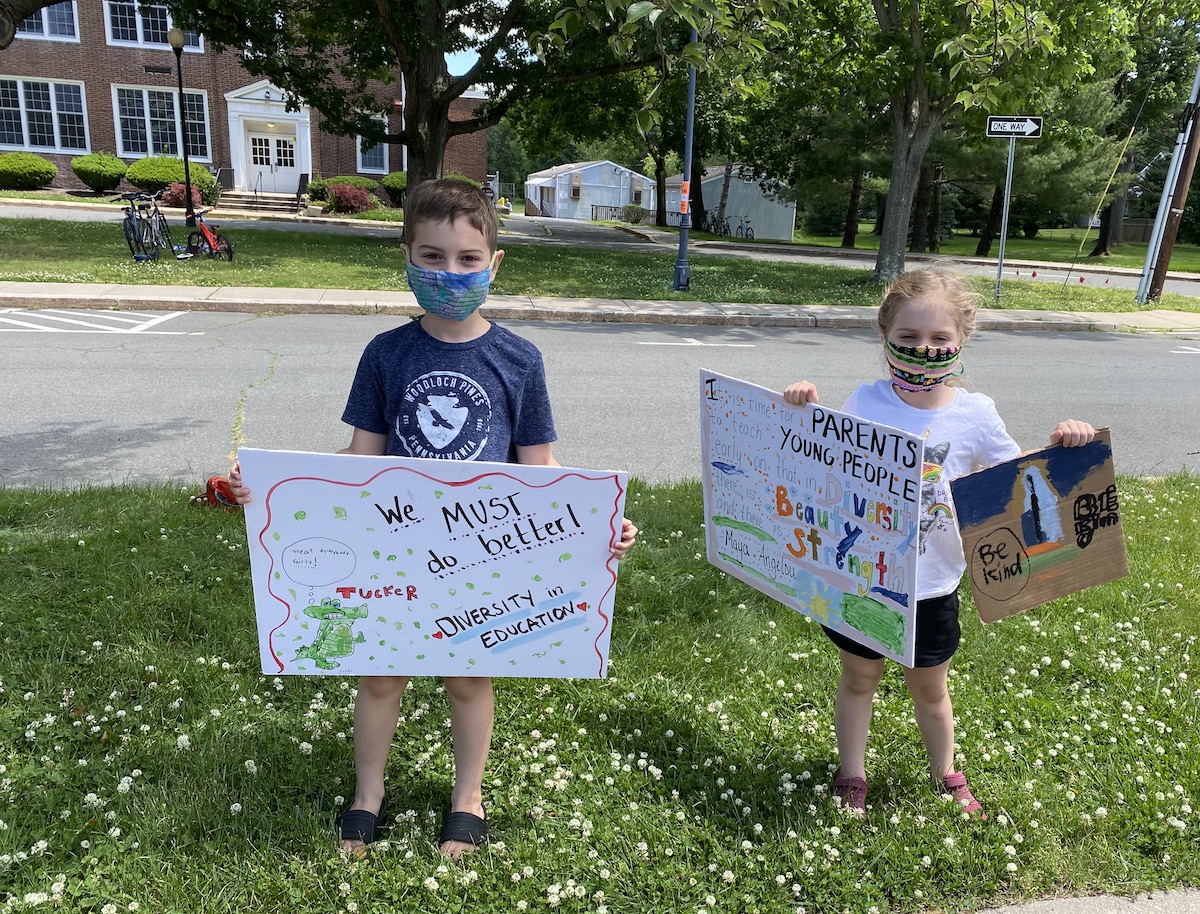 Like thousands of towns and cities all over the US, the Hopewell Valley reacted this weekend to the death of George Floyd and those of many innocent black people before him. With two downtowns, peace events were held in both Hopewell Borough and Pennington Thursday evening*, culminating in a march down Main Street in Pennington Sunday afternoon.

At the Hopewell event on Thursday, attendees were encouraged to sign a proclamation petition for white allies to support equity for black people and commit to eradicate racism. The document, crafted by Catherine Fulmer-Hogan, Elaine Buck, and Beverly Mills last week, already has attracted nearly 35,000 signatures. The link to the petition is here. The organizers also encourage people to sign hard copies, which are available at various retail locations around the Valley. You can find the locations here

The Pennington peace event Thursday night also memorialized George Floyd and other victims with a candlelight vigil and moment of silence.

Ryan Smith and Jacob Boyer, 2017 graduates of Hopewell Valley Central High School, organized the march on Sunday, which attracted several hundred supporters. Starting at the Board of Education building, the throng marched down Main Street shouting in unison: “No justice, no peace” “Say his name: George Floyd,” “I can’t breathe,” “and “Black Lives Matter.”

When the crowd reached the municipal complex, marchers, including Dr. Rosetta Treece, HVRSD Assistant Superintendent of Curriculum and Instruction; Beverly Mills, Pennington Council member and co-author of “If These Stones Could Talk;” and Pennington Mayor Joe Lawver, as well as several students, spoke to the crowd, remembering murder victims by name and vowing to fight for a better world.

*Articled edited at 8:20am 6/8 to correct the date of the candlelight vigils.