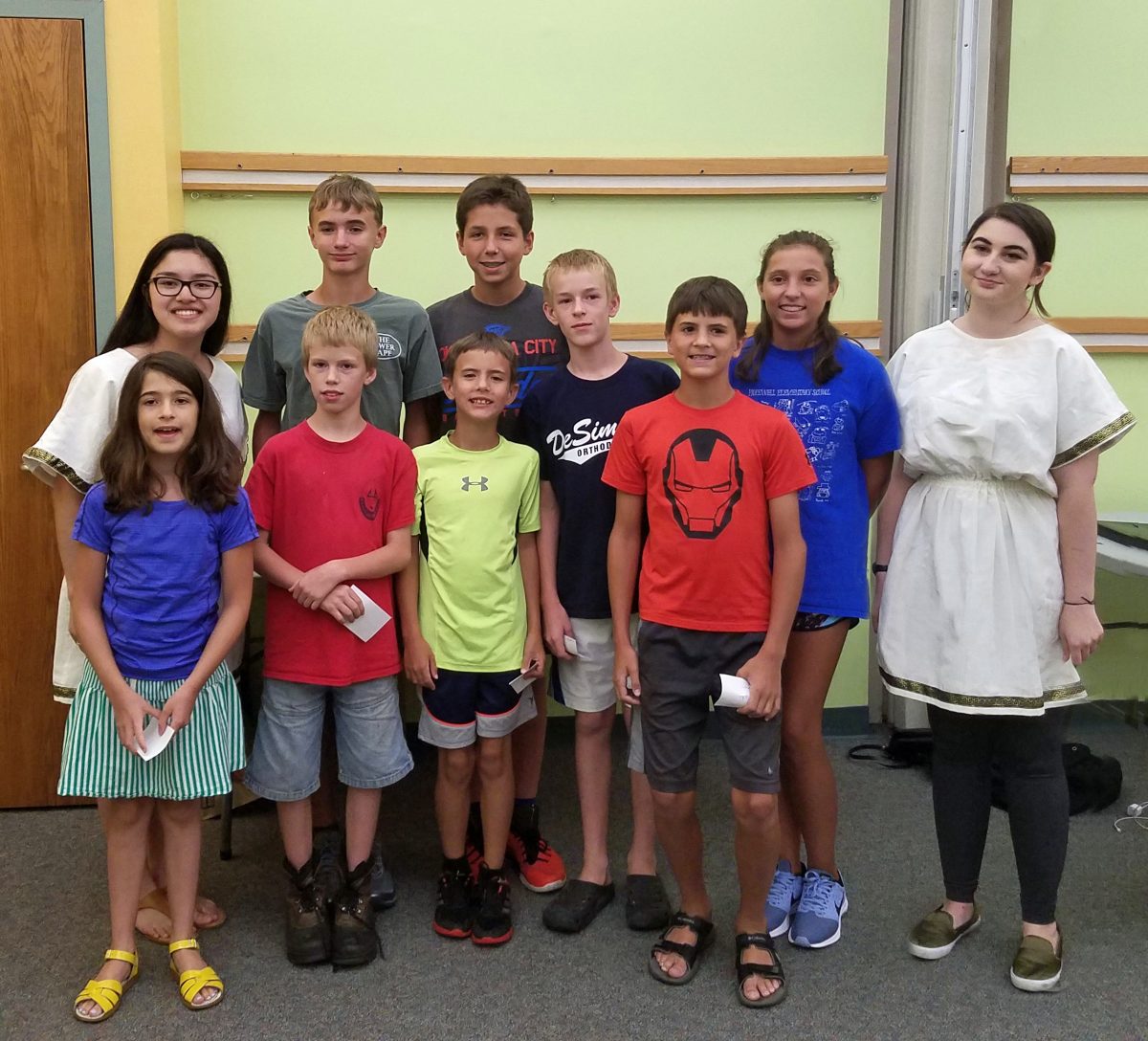 For a week in August, elementary and middle school students from Hopewell Valley spent their summer afternoons in the Mercer County Library, Hopewell Branch putting pencil to paper, taking part in a free introductory Latin workshop.

Under the instruction of Princeton Day School seniors Sara Chopra and Gabrielle Ruvinsky, students from fourth to eighth grades were introduced to the different aspects of the Latin language and Roman culture.  From Latin sentence games, to Sara and Gabby’s informative reenactment of a Roman gladiator fight, the daily classes featured engaging and varied educational activities.

Sara initially decided to host the workshop to show younger students that, while Latin is certainly an old language, its words and world still remain vibrant in this modern day and age.  To accomplish her goal, she partnered with the Brooklyn, NY-based Paideia Institute for Humanistic Study, a non-profit dedicated to promoting classical languages in the modern world.  Much of Paideia’s work focuses on spoken Latin, an application of the language that Sara wanted to introduce to her students. Together with Princeton Day classmate Gabby Ruvinsky, she taught the classes using both her own worksheets and activities supplied by Paideia.

Sara and Gabby, who began studying Latin as seventh graders in the same class at PDS, hope that each student has left the workshop with a greater interest in the classics and with a desire to learn more about Latin and the ancient world.