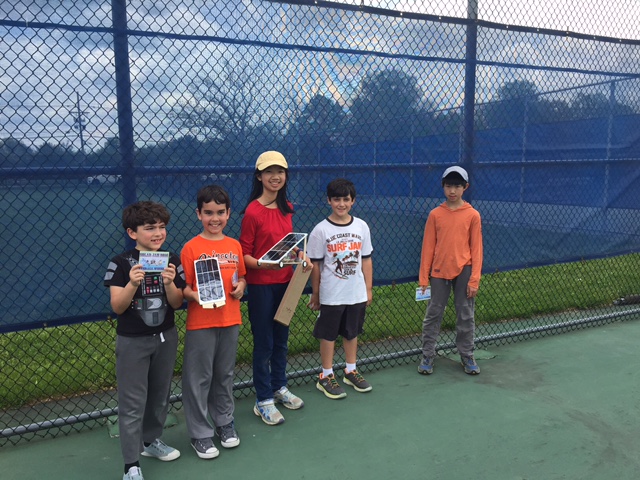 Last month, local 4H robotics club, Awesome Area Robotic Group of Hopewell (“ARRGH” for short), took the grand prize at SolarJam 2016, the third annual solar car race event for K-8th graders co-sponsored by OASIS (Organizing Action on Sustainability In Schools) and PSEG. Each team had to build cars powered only by the sun and carry an empty soda can for cargo.

First time participants, AARGH entered two separate cars that they built and designed in the weeks before the contest. Both of the cars won either first or second place in every race in which they competed. In the end, AARGH took home both first and second place in the Elementary School division. They then went on to compete against the Middle School division winner, where AARGH also came out on top, taking home the Overall Winner prize of Solar Jam 2016.

“We’re really proud of how the kids worked together to plan and build the solar cars. And everyone had a great time on race day. We’re excited to participate in the Solar Jam again next year. The kids are already planning how they can improve on this year’s cars,” said Nick Pollara, one of the mentors of the robotics club.