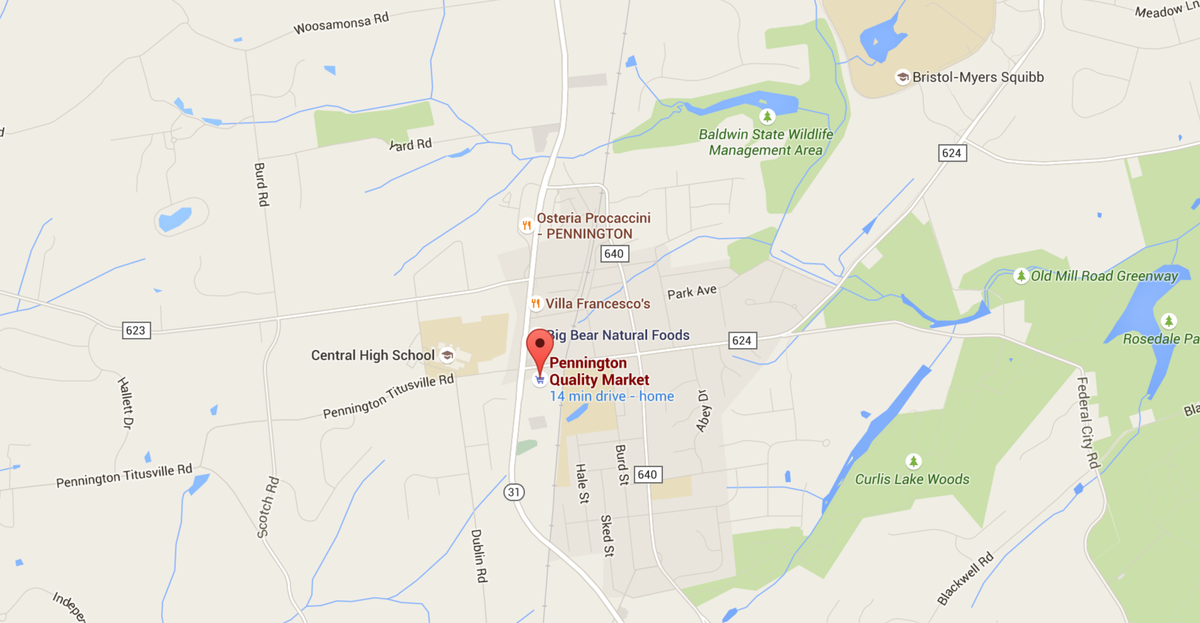 Yesterday, July 23, 2015 at 10:39 am, the Hopewell Township Police Department responded to a motor vehicle crash on Route 31 just south of Delaware Avenue.

Rebecca A. Collins, a 41 year old female from Mercerville NJ, was operating a 2006 Honda Accord northbound on Rt. 31 when she drove into the rear of a 2013 Acura driven by Donna M. Padovano, a 54 year old woman from Dayton NJ. After striking that vehicle Ms. Collins, continued north and struck the rear of a 2015 Ford Van driven by Larry E. Olds Jr. of Levittown PA. After striking that vehicle, she attempted to reverse her vehicle and leave the area, but as she drove away she crossed the center line of the roadway and struck a 2015 Ford Explorer being driven by Steven G. Murray of Pennington NJ head-on. Shortly after Mr. Murray evacuated his vehicle, it caught fire and sustained serious damage.

Ms. Collins complained of minor injuries and was transported to Capital Health Systems Hopewell Campus for evaluation. No other injuries were reported. All four vehicles were towed from the scene.

The Pennington Fire Company and Hopewell Valley Emergency Services extinguished the fire and Pennington First Aid Squad transported Ms. Collins to the hospital. Alcohol or drugs are not suspected as contributing to the crash.

Rt. 31 was closed in both directions for approximately 45 minutes. Traffic was detoured onto Main Street in Pennington Borough with the assistance of the Pennington Police Department.

Local Hopewell Valley resident, Cathy Kavanaugh was traveling northbound on Route 31 at the time of the accident. “When I saw a car zigzagging back and forth across 31, completely out of control, hitting multiple vehicles. And I had to pull into the Pennington Quality Market parking lot. It was the most horrific accident I’ve ever witnessed in my life. It happened right in front of me and I was so lucky not to have been involved. The accident looked pretty bad. It was scary. I am just so thankful that the injuries weren’t more serious,” said Kavanaugh.