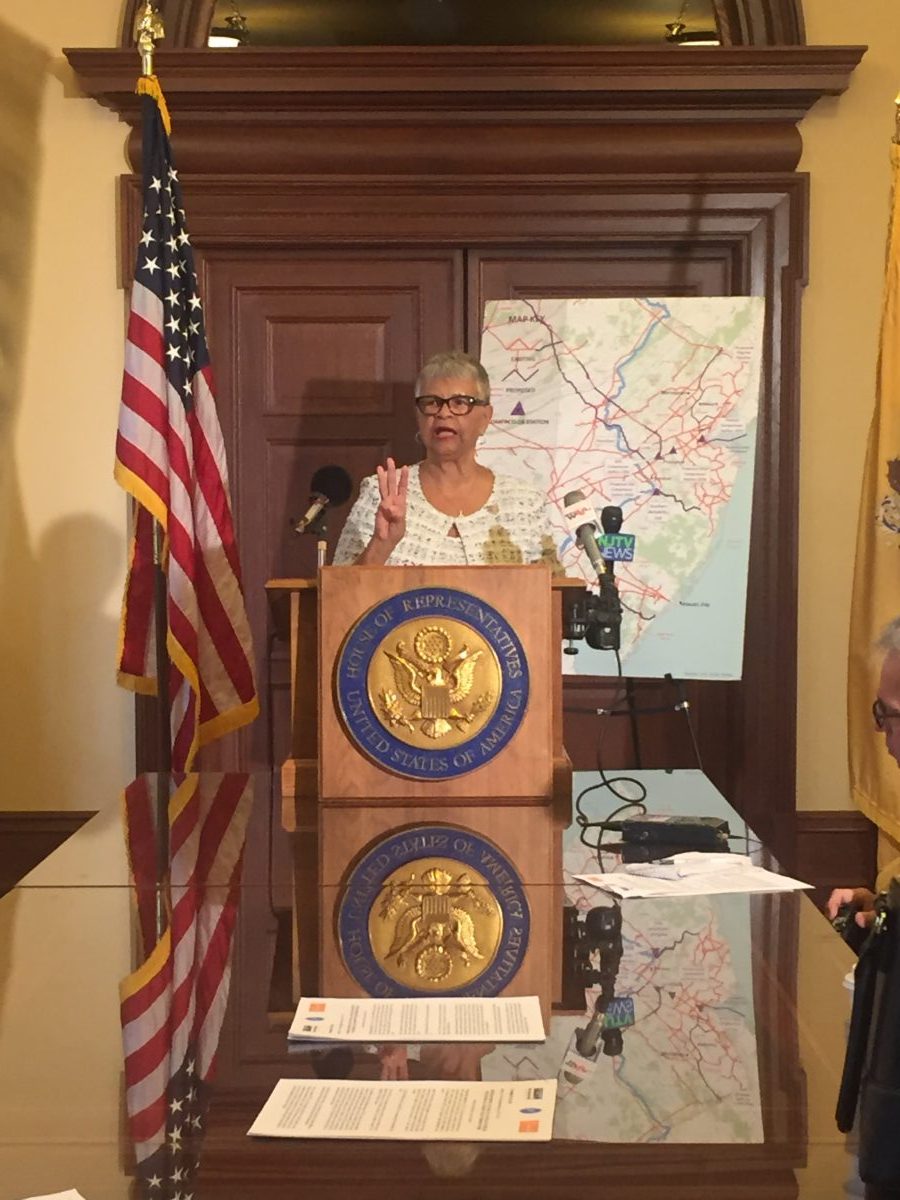 Watson Coleman plans to re-introduce legislation that would require more stringent federal review of proposed pipelines, including economic analysis of the cumulative impacts of pipelines in a region and whether they are needed to meet public energy demands. Similar legislation was introduced last summer in the prior session of Congress.

The Safer Pipelines Act aims to make FERC more responsive and accountable to the public. “Currently, FERC does not adequately examine the need for or environmental impact of proposed pipelines, and the PennEast proposal is just another example of this negligence,” said Watson Coleman.

The legislation would make important changes to FERC’s process. It would establish a framework to comprehensively assess regional needs for additional pipeline capacity, identify the cumulative impacts of using new pipelines to increase capacity, and require FERC to examine several critical factors, recommended by former FERC Chairman Norman Bay, when determining if a particular project is required by public convenience and necessity. Bay recently warned against overbuilding pipelines and stated that FERC should look beyond self-dealing contracts, such as those that comprise PennEast, to evaluate need for proposed projects.

PennEast was initially owned by six companies that used their corporate affiliates to create the illusion of demand by contracting for 88 percent of their own pipeline. “All over America, FERC is rubber-stamping projects with very little regard for public interest, environmental impact or safety. The SAFER Pipelines Act will require a more comprehensive approach on the federal level. In the meantime, states have a significant role to play, and NJDEP must uphold their clear authority under the Clean Water Act and state regulations with respect to PennEast.”

Watson Coleman is among a long list of bipartisan state, federal and local elected officials in New Jersey who have expressed grave concerns about PennEast, including U.S. Senators Booker and Menendez (D-NJ) and Congressman Lance (R-NJ). They join citizen groups, homeowners and conservation leaders who are now turning to the NJDEP and other agencies that have both the power and the legal obligation to reject dangerous, unneeded pipelines like PennEast.

“With New Jersey facing an onslaught of proposed, unneeded pipelines, the broken federal review system needs to be fixed. FERC failed to take a hard look at PennEast under NEPA, so we need agencies like NJDEP to review projects like PennEast under the stricter standards of the Clean Water Act. This means rejecting the recent illegal application PennEast filed with NJDEP,” said Tom Gilbert, campaign director, ReThink Energy NJ and New Jersey Conservation Foundation.

“Pipelines bring irreparable harm to the environment and communities they cut through. We applaud Congressman Watson Coleman for re-introducing this legislation that would ensure that the need for such projects would be scrutinized more rigorously,” said Jim Waltman, executive director, Stony Brook–Millstone Watershed Association.

“Hopewell Township is grateful to Congresswoman Watson Coleman for taking action to reform FERC, an agency that does not adequately protect the residents in our state,” said Julie Blake, Deputy Mayor of Hopewell Township. “In Hopewell Township, most of our drinking water is from wells that are threatened by PennEast, and 1 out of 8 residents would live in the pipeline’s blast zone.”