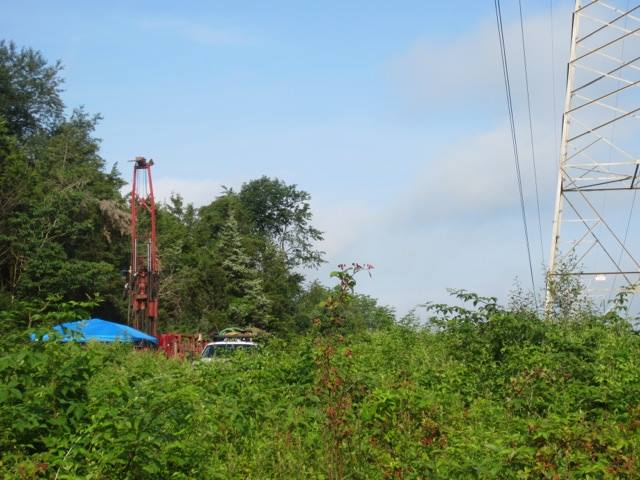 A hiker spotted a test-boring truck in the Ted Stile Preserve on Baldpate Mountain near the trailhead at Valley Road and Pleasant Valley Road in Hopewell Township late last week, under the JCP&L power lines . With the area as preserved open space, jointly owned by Mercer County, the state of New Jersey, Friends of Hopewell Valley Open Space (FoHVOS) and Hopewell Township, the question lies: Who gave permission for Craigs Boring to conduct test-boring, likely for pipeline construction? 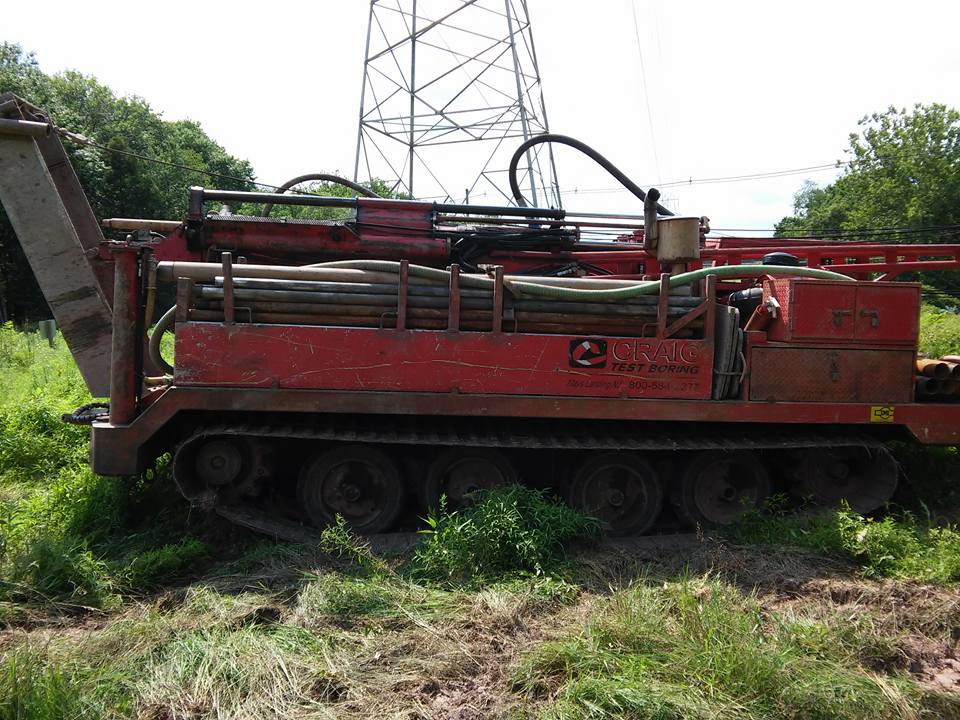 JCP&L has providedthe following statement: “We are not aware whether we were approached but typically it is the property owner that grants permission.”

NJ Conservation Foundation has confirmed that Mercer County gave permission for the test-boring company to drill, as part of the process of determining the location of the PennEast pipeline.

“Upon getting reports of drilling activity at the Baldpate Mountain Preserve, New Jersey Conservation Foundation reached out to Mercer County Executive Brian Hughes and Paul Pogorzelski of Hopewell Township to express our dismay and opposition.

Brian Hughes confirmed that Mercer County granted PennEast approval for this activity. The County, however did not seek approval from Hopewell Township, The Friends of Hopewell Valley Open Space or the State Department of Environmental Protection, all of whom are co-owners of Baldpate.

In the meantime, Paul spoke with a UGI representative, who agreed to suspend drilling activity while this is sorted out. New Jersey Conservation Foundation is working to quickly arrange a meeting between the four parties with ownership interests, with a goal to convince the county to rescind its permission for drilling or surveying activity.”

Access granted to the property should probably come as no surprise given the County’s mediocre lukewarm opposition to the pipeline when, last October, Mercer County Executive Brian Hughes stated: “We have looked at the proposed route of the project and we are adamant that this pipeline will harm public land in which we and all Mercer County taxpayers have invested,” said County Executive Hughes. “We have been told by PennEast that in order for them to fully evaluate the feasibility of this project, they must have access to county-owned property to perform a land survey. I have made it crystal clear to PennEast representatives that it is with great reluctance that we must grant access to public land, and that permission in no way constitutes an endorsement of the pipeline. We are prepared to fight on the behalf of our county interests and to fight for the open space we’ve purchased. The survey will be permitted only so that Mercer County can fully understand the impact of this proposal and assist our neighbors in understanding the magnitude of this project.” (See Mercer County Executive Hughes Opposes Penneast Pipeline.)

“Mercer County needs to know that this is not a done deal, and that we need them to stand together with Local residents and others who strongly oppose PennEast,” NJ Conservation Foundation wrote in their official statement.