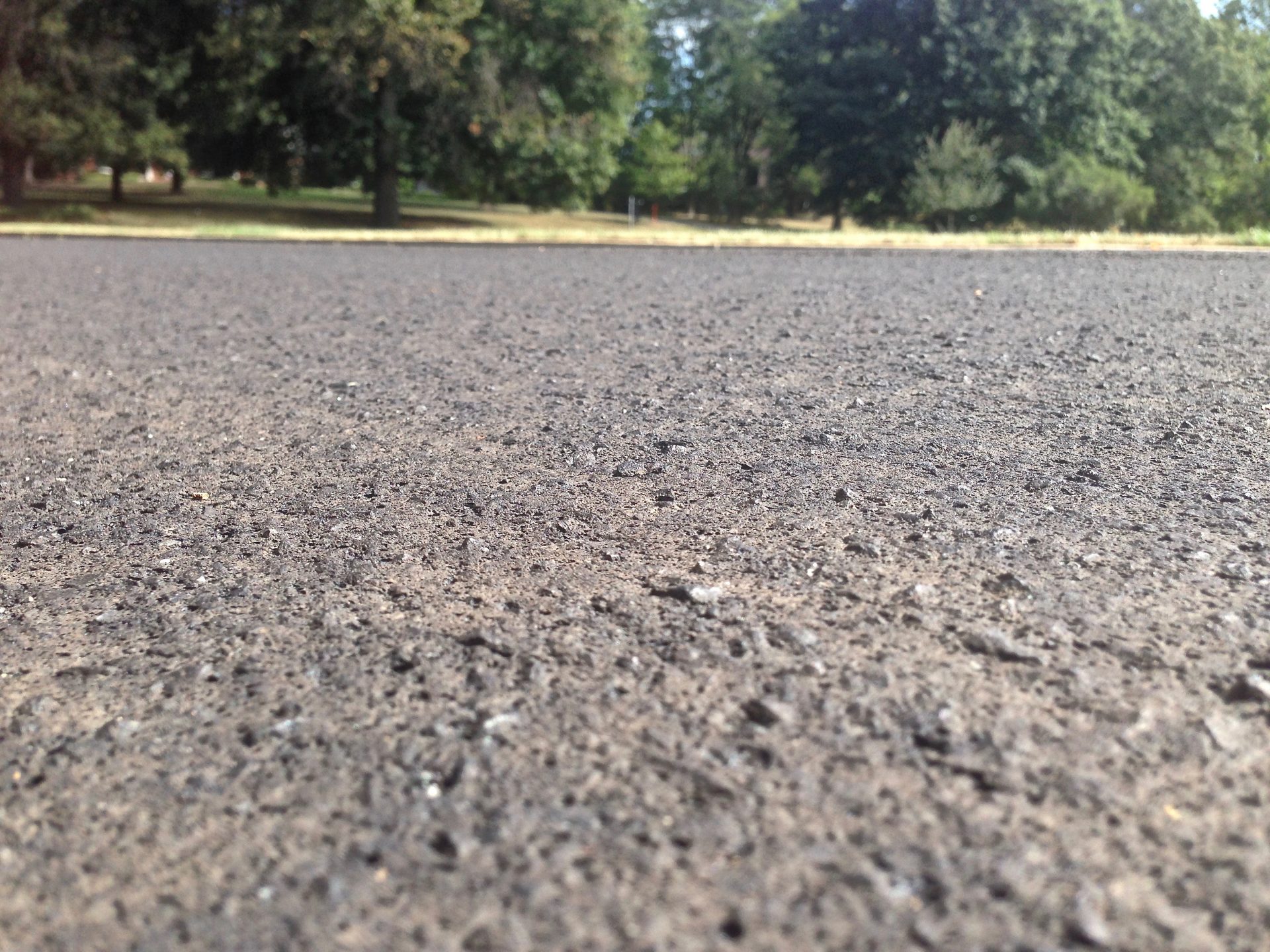 With Hopewell Township being in the swing of its road resurfacing program, residents in Elm Ridge Park in Pennington, NJ are left wishing it went smoother.

At Monday night’s Hopewell Township Committee meeting, it was brought to the Committee’s attention that there are concerns about the quality of road repaving in the area of Elm Ridge Park and some other recently paved roads in the Township.

“In Elm Ridge, we found the paving has a popcorn type texture and is objectionable to a majority of residences,” said Hopewell Township Administrator Paul Pogorzelski.

“Residents are not pleased and I’m getting a lot of questions from neighbors,” said Hopewell Township Mayor Kevin Kuchinski, also a resident of Elm Ridge Park. 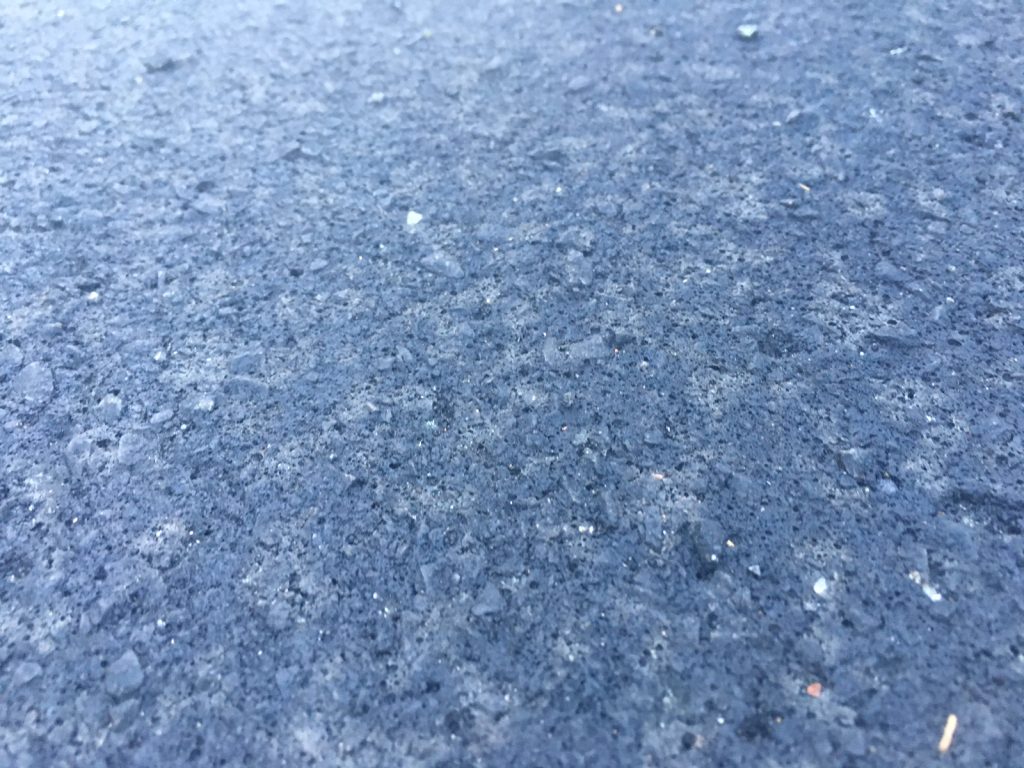 For 2016, Hopewell Township is responsible for the maintenance of 138.6 miles of public roadways. (If you want to get neck-deep into the “Science of Paving Management,” check out this link on the Township website, along with other information like paving budget, etc.) The specific type of paving is called cape seal (also known as “chip seal”) and is a slurry of liquid asphalt (similar to a driveway seal coat) with additives grit type materials. The seal is a less expensive alternative to repaving and prolongs the useful life of the existing pavement.

“I visited others [roads in other municipalities] that had this treatment and was advised that at the time of application it has this finish and as traffic drives on it, it smoothes out,” said Pogorzelski. “I think the problem we encountered is just the newness of the surface and no one warned us that the texture would be rough. The end result will be a smooth surface and the more it is used, the smoother it will become.”

Residents object not only to the “popcorn” finish, describing it to be “wavy and bumpy” but also the overall unevenness of the paving (illustrated in the photo below) and its effect on the appearance of the community but also the negative effect on those cycling or elders walking in the neighborhood. 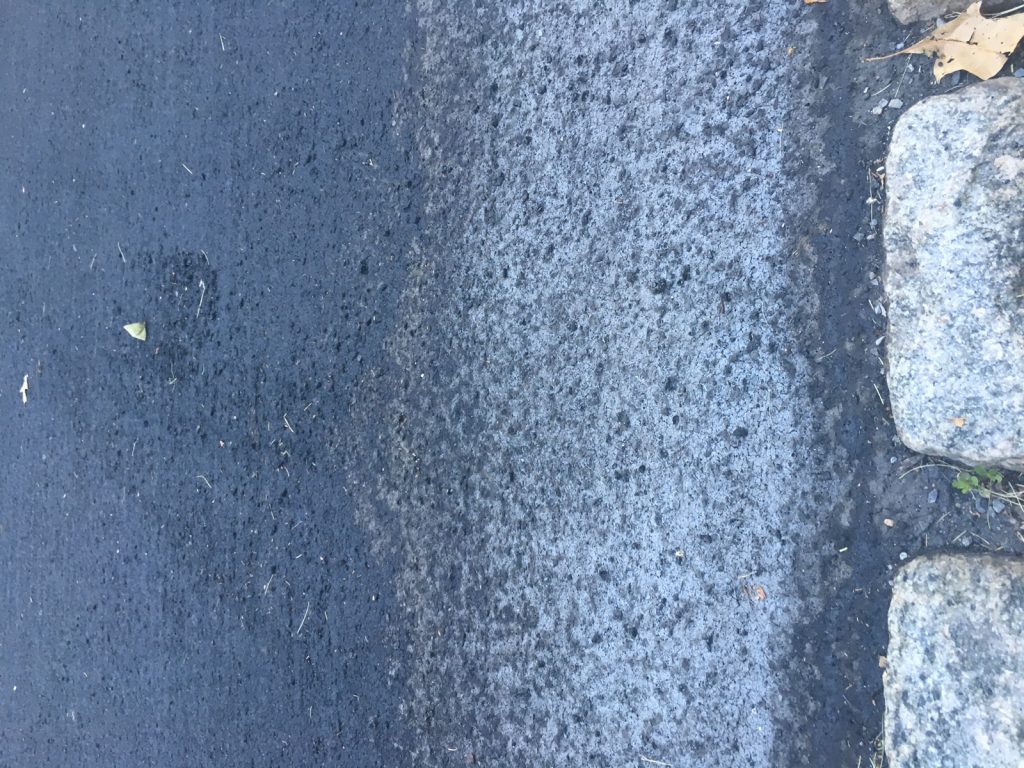 One resident in Elm Ridge Park shared on social media that her dog’s pads were terribly torn from walking on the newly paved roads and offered a word of caution for those walking their dogs to please be careful on the pavement.

“I think we should convene some kind of meeting to find out what the next steps are,” said Mayor Kuchinski. “And I think it is worthy to come forward and have a special discussion inviting the public.”

Details and follow-up on the issue will be published on MercerMe when a date or plan of action has been set.