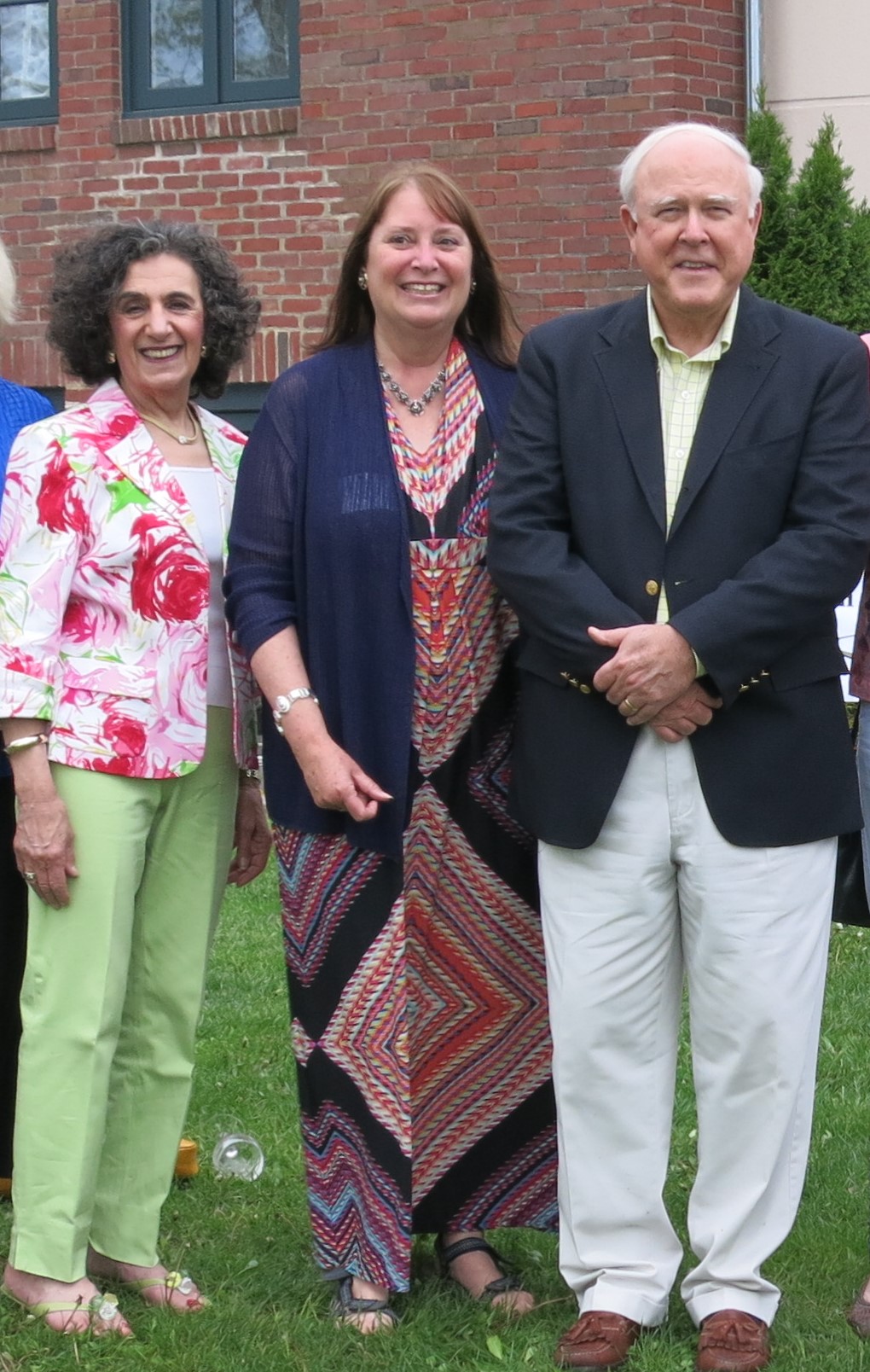 D&R Greenway Land Trust’s Board of Trustees recently elected Phyllis Marchand as its new Chair. Marchand, who served as Vice-Chair, succeeds Brian Breuel for the remainder of the 2016 term. Breuel died in late May. He was an enthusiastic, committed leader who cared deeply about the mission of preserving land.  His wife Shirley speaks of his pride in the legacy of D&R Greenway, “While driving around the area, Brian would point out properties that D&R Greenway had preserved.  He loved being involved with the organization and believed deeply in its work.”

“Phyllis will be a passionate chair, as was Brian who was truly a guiding light,” says President & CEO Linda Mead. “Brian clearly understood the value of preserving green places in our community, inspired by his two young grandchildren.”

“From the time she was mayor of Princeton, Phyllis has been extraordinary in helping us preserve land,” continues Linda Mead. “I am excited about the charismatic leadership she brings to D&R Greenway.” In winter, Marchand regaled a crowd at the Johnson Education Center who gathered to hear stories about how nature and being outdoors—whether to walk around a field, sit by a stream or smell the fresh air—can lift the spirits and promote health and wellness. At the Greenway Gala in May, she enlivened the festivities wearing a dress made from an American flag and a hat adorned with a collection of political buttons.

Marchand’s slogan, “Run Phyllis,” took her through 22 years of elected office, including 14 as Princeton Township Mayor.  Shortly after leaving office in 2009, she was invited to join the Board because of her preservation accomplishments as Mayor, including the land surrounding the Johnson Education Center.

Among the Board achievements she is most excited about is the Revolving Land Fund, which will enable D&R Greenway to purchase a property when it becomes available, protecting it from development and reselling it to replenish the fund for the next acquisition.

Marchand, a New York City native, is enthused, too, about preservation ventures into urban areas. She is especially excited about D&R Greenway’s work to create Capital City Farm in Trenton, which just received a Smart Growth Award from New Jersey Future. “It’s so important for urban residents to have a taste of nature and be a part of the local food movement. I hope the Smart Growth Award will encourage other conservation groups around the country to similar projects that provide local jobs, beautiful natural settings, health benefits and local food without shipping it from across the country.”

Looking ahead, Marchand hopes to increase partnerships with other nonprofits. In 2015 the YWCA Princeton Breast Cancer Resource Center became the first partner on D&R Greenway’s Conservation Campus at Greenway Meadows, making the essential connection between healing and nature.

“We are very good at making connections with the arts and nature,” says Marchand. “Our thought-provoking art exhibits showcase regional fine artists, and the educational panels inform everyone who visits about topics related to nature, birds, plants and the landscapes that are exhibited. We have also held concerts with music that relates to the natural world, as another way to celebrate nature and draw people in to inspire a conservation ethic.”

Brian Breuel was a graduate of the Lawrenceville School, Princeton University where he was about to celebrate his 50th anniversary and the University of Florida College of Law.  He held masters’ degrees in financial services management and financial planning. He founded Wealth Strategies, LLC, located in Lawrenceville.  In addition to a career spanning law, estate planning, real estate development and securities, he took a mid-life five-year sabbatical, sailing on a Hinckley yawl in the Caribbean. His lust for adventure led him to work on a cattle ranch in Wyoming and become a certified Advanced Open Water scuba diver. Breuel wrote books for major publishers about insurance and annuities as well as wealth preservation strategies and served on numerous boards.

“One of his biggest passions was for the environment, and in his quiet way he transferred that love for natural beauty to everyone on the board,” says Marchand. “Brian focused on building a strong and stable D&R Greenway, using his financial acumen and strategic thinking to guide the organization into the future.”

“Brian was a wonderful gentleman and thoughtful leader who cared deeply about D&R Greenway and our mission,” says Mead. “He loved his partnership with us and continued to participate even during his final days. His presence will continue to be felt through the contributions he made, including establishing the Revolving Land Fund.  As he said to me during our last meeting, ‘Preserving land is the most important thing we can do.’”