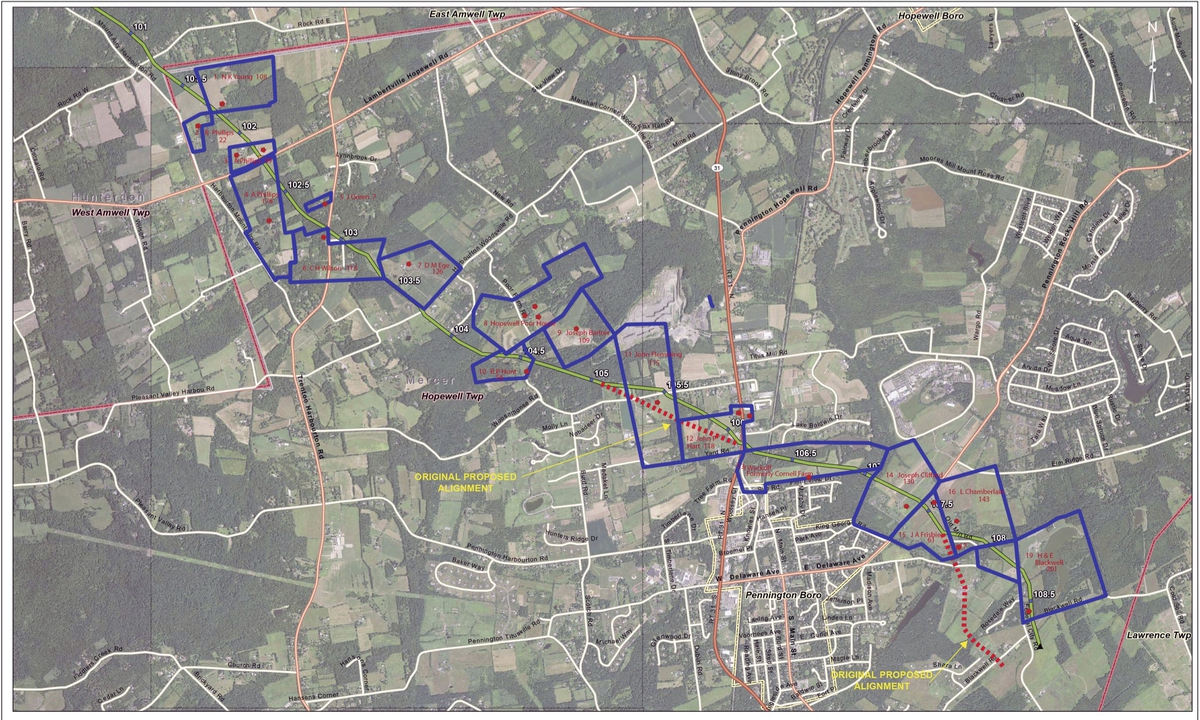 Hopewell Township, on Monday, unanimously adopted a resolution prohibiting the PennEast pipeline company and its surveyors from surveying on Township public rights-of-way.

The resolution found that since PennEast is a private corporation with no recognized public purpose, the company has no right to survey on a public right-of-way. The action was taken in response to PennEast’s letter to the Township announcing that the company would begin surveying on the public right-of way, claiming that the law authorizes surveying for “public improvements.”

“This seems like the next logical step in our fight against the PennEast pipeline,” said Mayor Harvey Lester, “And I hope that other municipalities will follow suit by taking similar action in their towns. We need to continue to pose a united front against this pipeline.”

Tomorrow, October 29, is the FERC deadline to intervene. For information on intervening, see Hopewell Township Citizens Against the PennEast Pipeline (HTCAP) website at http://htcapp.org and check out the MercerMe article “When PennEast Files, Here’s What You Can Do.”