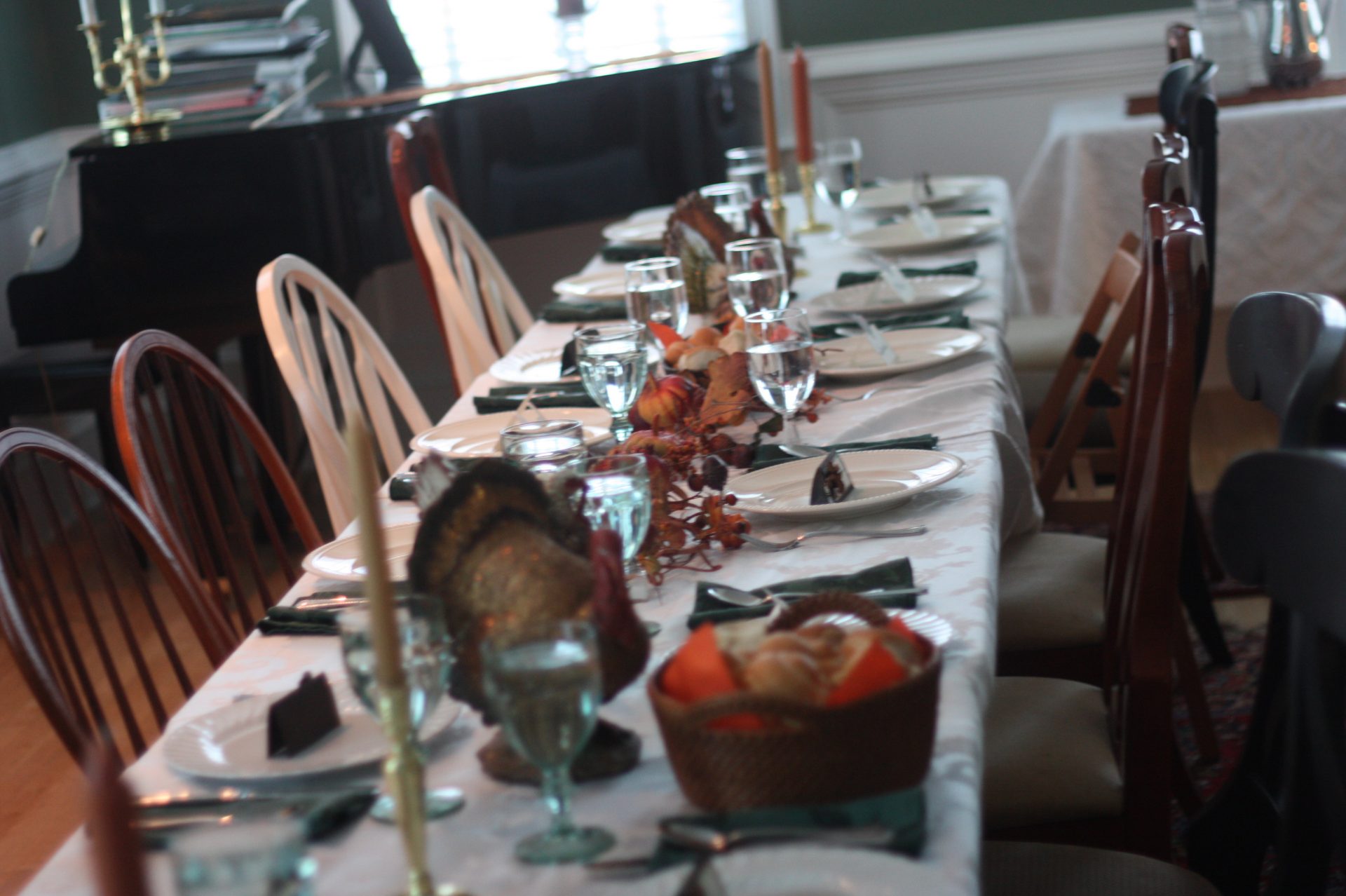 Thanksgiving is the start of a season meant for holiday cheer, but it is more universally known for awkward conversations, family dramas and big dinners filled with small talk.

This year, I’m going to ask everyone to take a break from the small talk and start talking about the bigger issues. I don’t care what your stance is on those issues — you can be “ready for Hilary” or think Donald Trump would make a great commander in chief. You could want to lead the movement to arm every citizen or want to fund rescue missions to bring refugees to our shores. Whatever it is you feel strongly about, we need to talk about it because that seems to be the piece that’s missing.

We have shoved ourselves into corners, the Fox News people don’t talk to the MSNBC people, the Sanders supporters don’t talk to the Clintonites. And then we wonder why the art of compromise has disappeared. Good policy doesn’t end; there is no finish line. It evolves. It grows. And to do that we need to understand where the other side is coming from, not just those that agree with us.

My Facebook feed has blown up lately on the subject of refugees, and, if you asked me a week ago, I never would have guessed that the people who disagree with my viewpoint would do so in such vocal ways.

But, I stepped back and, instead of defending my own view, I’ve decided to instead try education persuasion. My viewpoint is one of many but, if we start from the mentality that there is no other valid viewpoint than mine, we will never move policy and we will never move hearts and minds on any of the big issues we face today: women’s health, healthcare, gun control, you name it. There has to be a logical middle ground if we talk.

So, in this season of family and friends, I’m asking everyone to take one topic off the third rail. Don’t start a conversation with “How can anyone think X is a serious candidate,” but try, “I’m surprised how popular a non-politician seems to be this year — why do you think that is?”

Putting something on the third rail doesn’t mean it isn’t part of our daily lives, it just means we’ve decided it’s too sensitive to talk about. But if it’s that important, shouldn’t we understand where people we care about are coming from?

So, if this Thursday’s dinner is going to end in some sort of family drama anyway, why not try to understand each other a little better while we are at it.

Disclaimer: the author of this column in no way takes responsibility if the conversation turns into a night of name calling and suggests referring to the rules created in kindergarten to avoid such things. No name calling and, if you can’t say something nice, don’t say anything ….