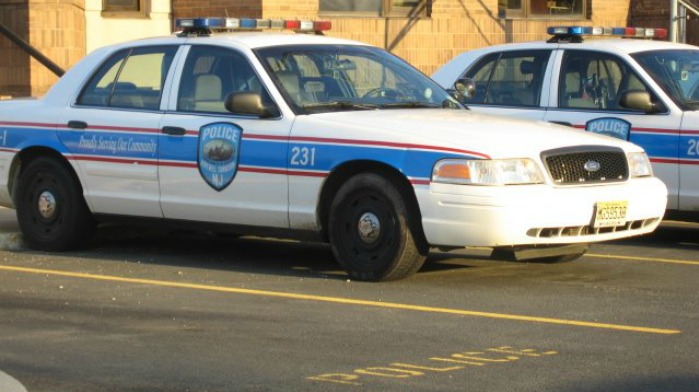 At approximately 10:54am, Hopewell Township Police Officer Mike Peterson was stationary along Bear Tavern Road near Church Road. Officer Peterson’s on-board license plate reader signaled that a southbound car, a 2008 Volvo S60, was entered NCIC as a stolen vehicle. Officer Peterson pulled out into traffic in an attempt to follow the car. After spotting Officer Peterson, the driver of the car sped up and failed to stop for a red light at the intersection of Washington Crossing Pennington Road and Bear Tavern Road. The car continued along Pennington Washington Crossing Road westbound towards Route 29 where the driver disregarded another red light. The vehicle then proceeded onto Route 29 southbound failing to stop for Officer Peterson who had his police vehicle lights and siren activated.

The driver of the stolen vehicle continued to flee from Officer Peterson along Route 29. When the driver attempted to make a left turn onto Sanhican Drive in Trenton, the vehicle collided with a Route 29 northbound car, a 2016 Acura. The two occupants of the stolen car got out of the car and ran away on foot. After a short foot pursuit, Officer Peterson was able to apprehend the passenger, identified as a individual from Ewing NJ. The suspect was placed under arrest and transported to a local hospital where he was treated for minor injuries and released. The suspect remains in police custody at this time. The occupants of the Acura were not injured.

New Jersey State Police, Ewing Police and Trenton Police officers, with the assistance of a Trenton Police K-9, arrived on the scene and attempted to locate the driver, but were unsuccessful.

The Volvo had been reported stolen out of Hamilton Township on December 18th.

The apprehended suspect faces charges of receiving stolen property, resisting arrest by flight, and obstructing the administration of law. His case will be forwarded to the Mercer County Prosecutor’s Office for review.