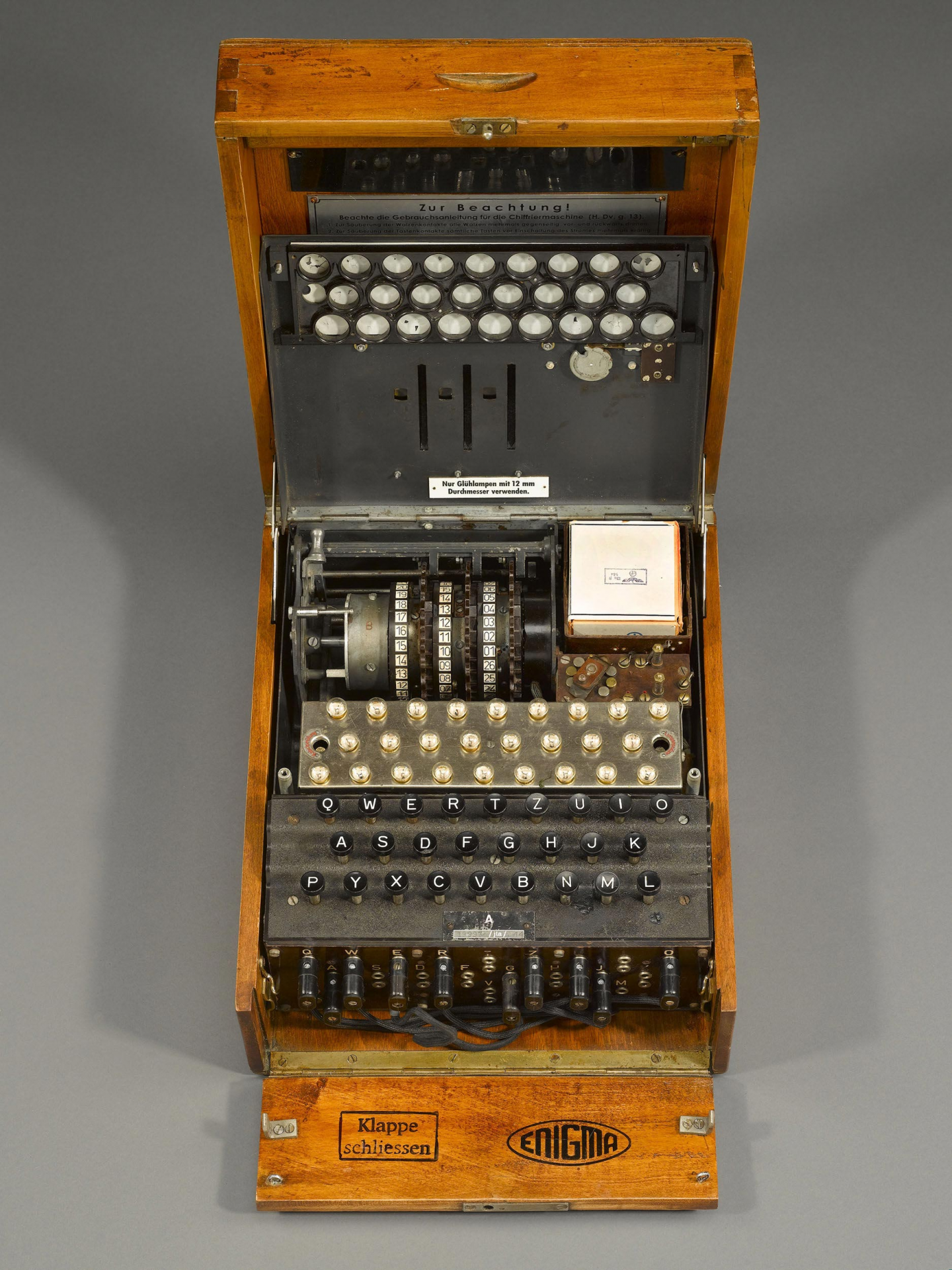 Hopewell resident, David Saltman, will be presenting the story of the Enigma machine as part of the Hopewell Public Library Wednesday Night Out series, on March 2nd, 7:00pm at the Hopewell Train Station.

“Enigma” was the name given to the cipher machines that the German Armed Forces used to safeguard their communications during World War II. The story of how the Allies broke the Enigma codes (and kept it a secret from the Nazis) is a compelling and important one. The course of the war might have been far different without the vital intelligence gained by reading Enigma messages. However, the breaking of Enigma started with the less known work of three Polish mathematicians, and this will be the focus of this talk. An actual WWII era Enigma machine will be on display at the train station. Audience members are invited to handle it, ask questions and learn how it works.

David Saltman lives in Hopewell and has been the Director of the Center for Communications Research in Princeton since 2007. He received his PhD in mathematics in 1976 from Yale University and held teaching and research positions at both the University of Chicago and Yale before joining the faculty of the University of Texas at Austin in 1982. He has had a life long interest in history and especially enjoys sharing topics combining history and mathematics.

Hopewell Public Library’s Wednesday Night Out Series is held at the Train Station on the first Wednesday of each month. It is free and open to the public. For more information check the library website at redlibrary.org, on Facebook, or call 466-1625.