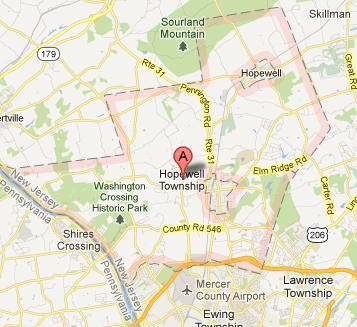 Police responded to a call from an address on Chase Hollow Road in Hopewell Township on Friday night, around 9:30pm, with a report of a burglary. Sometime between 7pm and 9pm, someone apparently damaged the outside electric meter and box attached to the home, causing the home to lose power. A rear door to the home was also forced open. Numerous interior cabinets and doors had been opened throughout the house. At this time, nothing has been reported missing from the home.

On Saturday morning around 8:20am, officers responded to a Mine Road address where the resident reported that the electric box on the home had been damaged causing the home to lose power Friday evening. The resident was not aware of the damage until Saturday morning, assuming that the power had simply gone out. Officers found evidence that a door had been tampered with but no entry had been made.

Similarly, on that same Saturday afternoon around 2:15pm, officers responded to a Jefferson Place address where the residents reported that their electric meter had been damaged overnight, as well. Hopewell Township officers had responded to a burglar alarm at the residence on Friday evening around 8 PM but found the home to be secure. No entry was made to this residence.

Detective Louis Vastola has been assigned to these cases and is following up with other police agencies who have had similar incidents in their jurisdictions.

“We urge residents to call the police department immediately if they see any suspicious activity around their home or that of their neighbors,” said Hopewell Township Police Chief Lance Maloney.