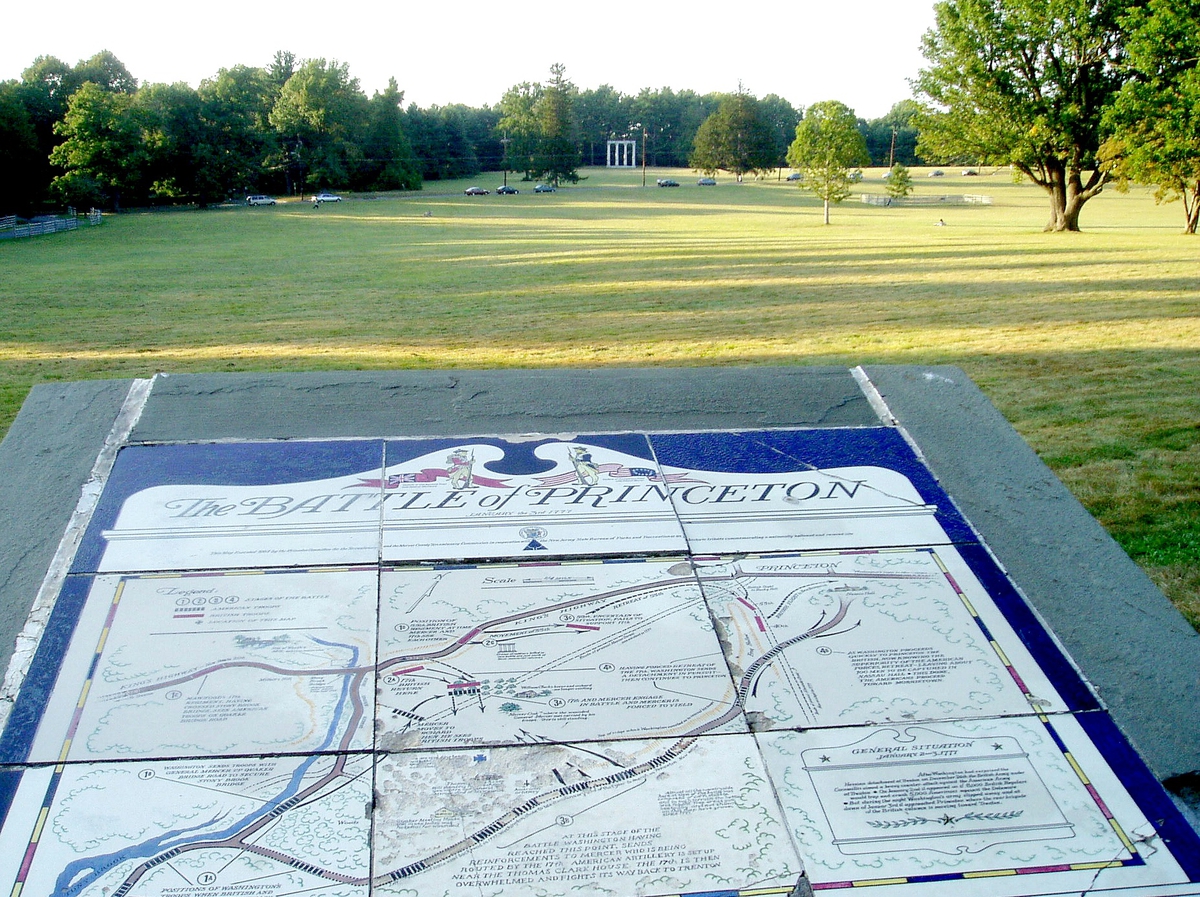 Princeton Battlefield State Park will be expanding by 4.6-acres to include more historic land that was key to tactical maneuvers during the battle, a turning point in the nation’s War for Independence, announced Department of Environmental Protection Commissioner Bob Martin, last week.

Partners who worked toward the preservation of the parcel included the DEP’s Green Acres Program, the New Jersey State Park Service, Mercer County, Princeton, and the nonprofit Princeton Battlefield Society and the Friends of Princeton Open Space.

The property fronts on Stockton Avenue, directly abutting the main battlefield site, and consists of slightly rolling land and a series of connected ponds and streams that drain to the Stony Brook. Access to the property will be developed in the near future. The addition will bring the park to nearly 80 acres in size.

“We feel a deep sense of honor in being able to add this land to one of the most important historic sites in the United States,” Commissioner Martin said. “This acquisition shows the true power of innovative partnerships and spirit of teamwork that protect places that are special to the people of New Jersey.”

The Battle of Princeton, fought on January 3, 1777, immediately followed George Washington’s stunning victory over Hessian troops at Trenton a week earlier, on the day after Christmas. The Trenton victory and Washington’s ensuing victory at Princeton helped change the course of the Revolutionary War by finally establishing the Continental Army as a viable fighting force.

The property and ridge that runs across the property is considered to have played a significant role in the tactical maneuvers that took place during the battle. The British troops turned off the Kings Highway (present-day Route 206) and approached the battle from this position. They made a fighting retreat back across this property.

In April, the property was purchased from the D’Ambrisi family for $850,000. The Green Acres Program’s state acquisition program contributed $450,000, Mercer County contributed $200,000, and the county also provided the nonprofit Friends of Princeton Open Space $100,000 as a match to a $100,000 Green Acres grant available to nonprofit groups.

“We always like to help add to existing parks, and this is purchase will increase the public’s abilities to access and use one of the most important and beloved parks in the Mercer County,” said Mercer County Executive Brian Hughes.

Princeton agreed to shoulder the costs of repairing the dam on the property and demolishing the house as its contribution to the preservation effort.

The property was critical to the battle, according to Kip Cherry, first Vice President of the Princeton Battlefield Society. Just before the first phase of the battle began, two British units stood on the ridge of the D’Ambrisi property, behind the colonnade that now stands in Battlefield Park, she explained. “Understanding these stories creates important insight into the battle and into the spirit and principles on which the nation was founded,” said Cherry.

Once the family expressed interest, representatives of the DEP’s Green Acres Program, Mercer County government, and the nonprofit Friends of Princeton Open Space teamed up as funding partners.

“Figuring out the details about demolition responsibilities and other issues such as an existing driveway easement was not easy,” said Princeton Mayor Liz Lempert. “Thanks to the cooperation of all the partners, and the great work done by our Engineering Department, we were able to work these things out. In fact, the dam repairs and house demolition were already complete as of the transfer of the property to the State to add to the park.”

Princeton Battlefield Society plans to use National Park Service grants to conduct an archaeological investigation in close cooperation with and supervision by the State Park Service. Future recreational use plans include extending the bike path that starts at Mercer Road to Stockton Street, with the possibility of connecting the much larger system of trails along the Stony Brook and elsewhere in Princeton.

For more about the park, including GPS coordinates and driving directions, visit: http://www.state.nj.us/dep/parksandforests/parks/princeton.html. For more on the battle and efforts to preserve its history, visit the Princeton Battlefield Society website at: http://www.theprincetonbattlefieldsociety.com/