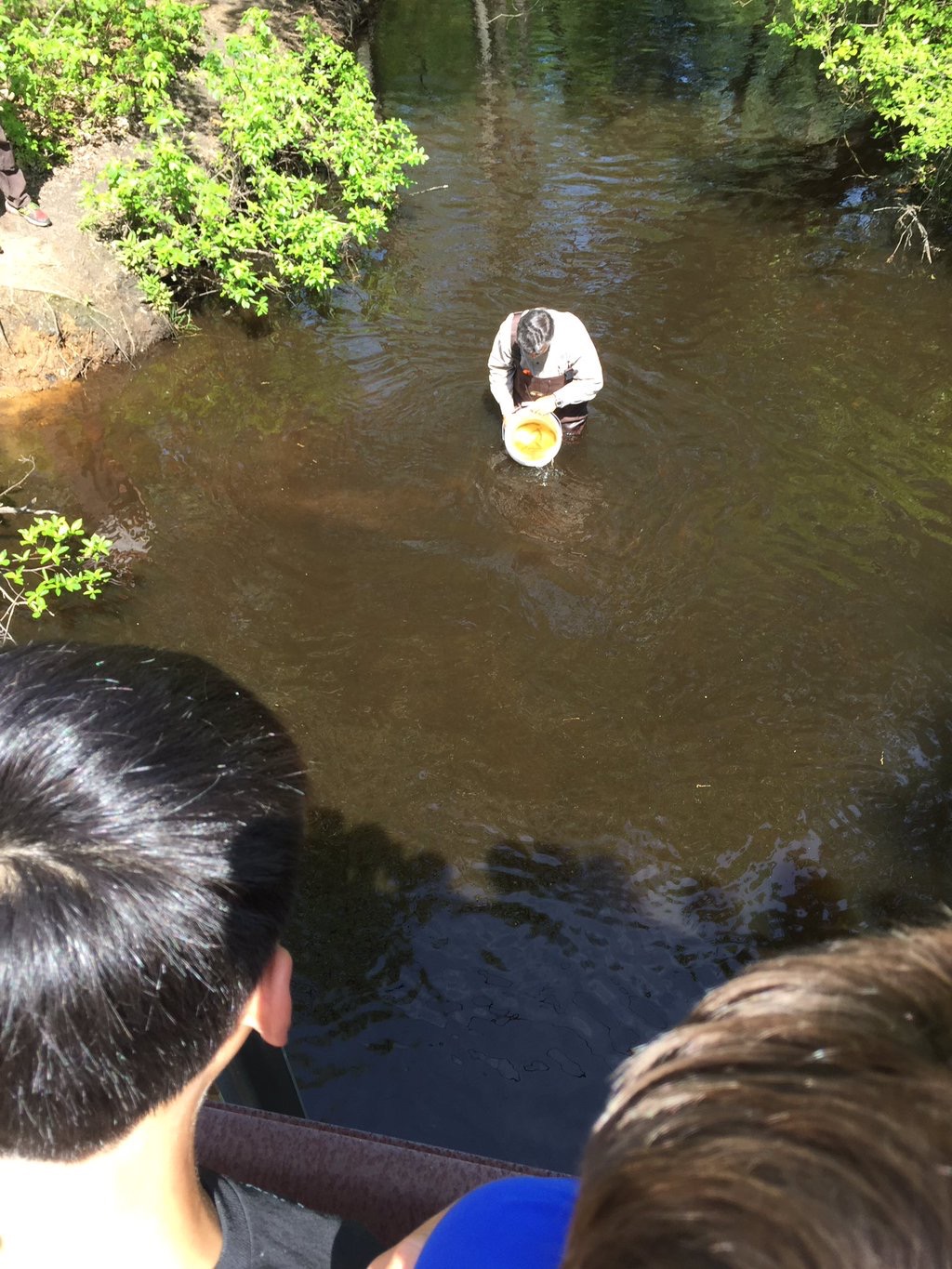 The program was made possible by a grant from the Hopewell Valley Education Foundation (HVEF) and support from the Bear Tavern PTO. It began in October 2015 with the arrival of hundreds of rainbow trout eggs and was managed by Mr. Turnbull and counselor Kevin Kirwan. Fourth grade students were responsible for overseeing the care of the trout eggs, but the entire school was able to watch their growth and share in the process. The unique program allowed students across all grade levels to gain hands-on experience and learn about ecosystems up close.

“It’s part of a larger activity about ecosystems and science,” explained Mr. Turnbull. “It’s something that really does touch every curricular area.”

The success of the inaugural program has paved the way for an expansion in the upcoming school year. Beginning in fall of 2016, Bear Tavern will be home to three types of fish: rainbow trout, shad and tropical fish.

“We’re looking forward to opportunities to make it a school-wide event,” said Mr. Turnbull, “to really compare and contrast and to talk about things like geography and science and even math.”

The tropical tank will be installed prior to the start of the school year, while the trout eggs will arrive in October and the shad will arrive in the spring. The staggering of the programs will allow students an opportunity to observe the fish at different stages throughout the year, while ensuring that there will be a period of time where all three tanks are running simultaneously.

The Trout in the Classroom program has impacted all levels of the Bear Tavern community, both students and adults. “There are people who knew nothing about trout that now are very interested just based on seeing it every day,” said Mr. Turnbull. “I think we had success in that this year, but we’re going to have even more moving forward, just ways to integrate it and opportunities for kids in all grades to observe and learn new things.”