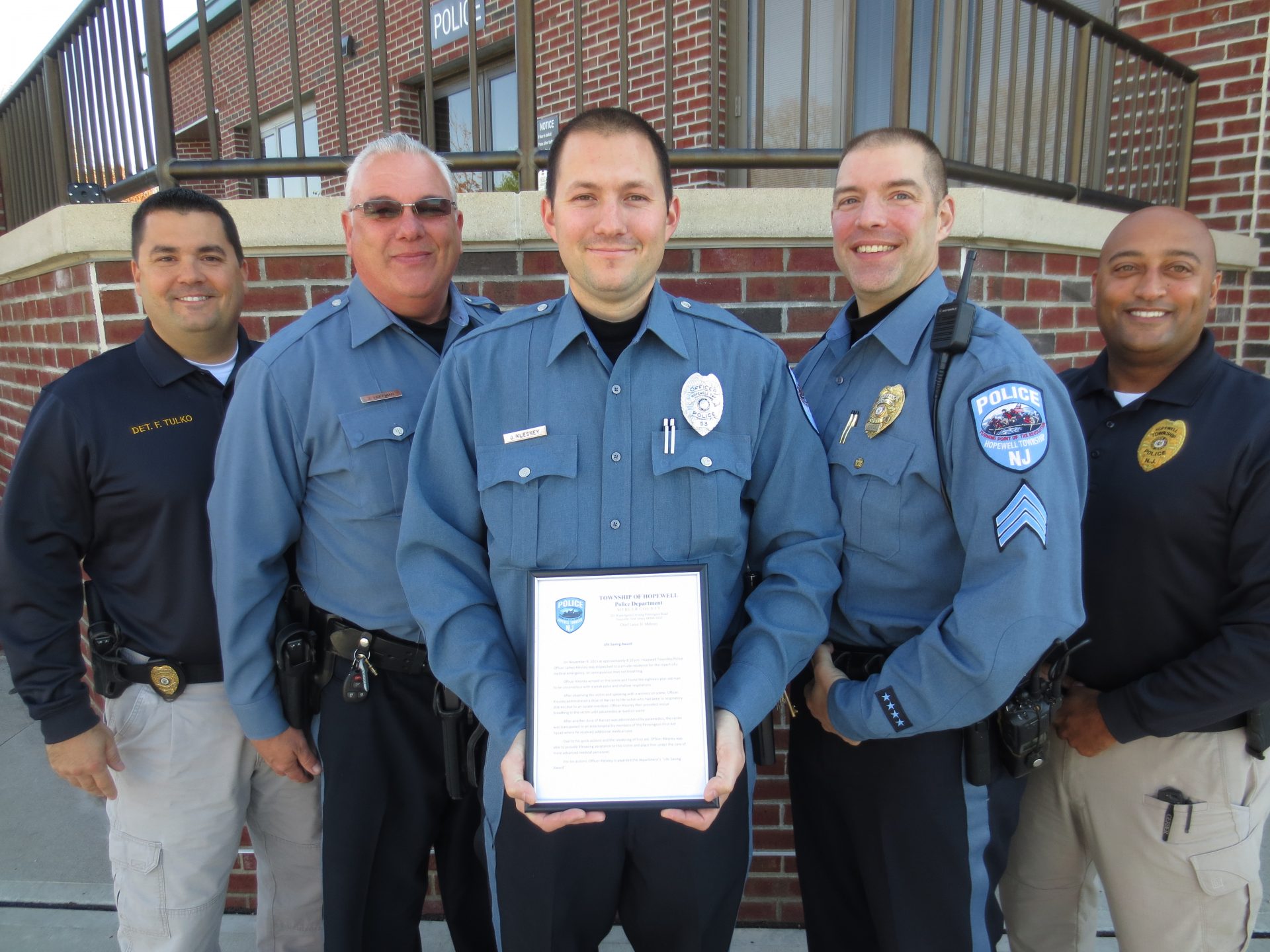 On November 8, 2015 at approximately 8:33 pm, Hopewell Township Police Officer James Klesney was dispatched to a private residence for the report of a medical emergency, an unresponsive man not breathing.

After another dose of Narcan was administered by paramedics, the victim was transported to an area hospital by members of the Pennington First Aid Squad where he received additional medical care.

Due to his quick actions and the rendering of first aid, Officer Klesney was able to provide lifesaving assistance to this victim and place him under the care of more advanced medical personnel. And, as recognition for his heroic actions, Officer Klesney was awarded the department’s “Life Saving Award.”

For more information about emergency success use of Narcan, see this link.