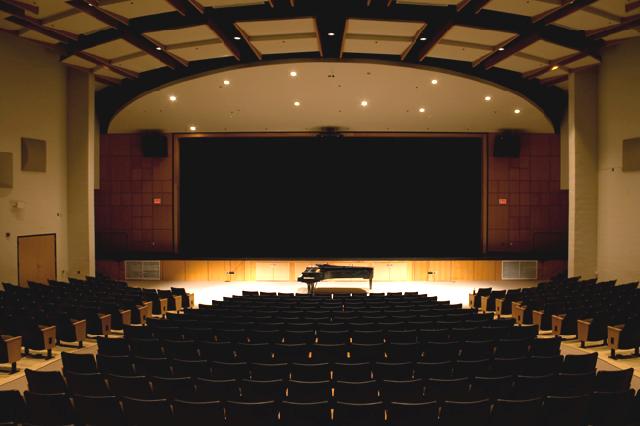 Earlier this year, arts education was included as criteria in school performance reports for the first time in US education history, right here in New Jersey. Inside Jersey Magazine followed suit with their exclusive ranking of best high schools in the garden state. Its Editor-in-Chief, Rosemary Parrillo, explained that they gave “extra weight in the methodology to districts with robust arts programs” because they believed that it is an indicator of a “more holistic approach to education.”

Coincidentally, Hopewell Valley Regional School District (HVRSD)’s commitment to arts education has just been taken to the next level with the creation of a performing arts academy at Hopewell Valley Central High School (HVCHS). Recently, HVRSD applied and was admitted into New Jersey’s Interdistrict Public School Choice Program to become a choice school for the performing arts. The initiative builds on a solid, yet unconventional, approach to arts education at HVCHS, carefully and passionately crafted throughout the 16-year-long tenure of Peter Griffin, HVRSD’S supervisor of visual and performing arts.

And the course list is impressive. Music electives, for example, do not simply include conventional theory and instrument learning. I was surprised (and frankly quite jealous!) to see courses exploring the history of progressive rock music – a full year course for high school students is dedicated to an exploration of the music of Yes, the British rock band, along with other genre stalwarts such Moody Blues, Jethro Tull, Pink Floyd, to name but a few. Students “study, analyze, interpret, and critique this genre of music at a high level of artistry,” according to the website’s description.

One can certainly detect the coherent approach in the way the arts are taught from Kindergarten through to Grade 12. At elementary level, students begin their journey with listening, moving and singing, followed by instruction in strings, which leads them to potentially playing in the school orchestra if they wish to do so. In Grade 5, woodwind, brass, and percussion instruments are introduced in small group lessons. Their musical journey is then expanded with an introduction to Rock-n-Roll, acoustic guitar, performance, composition and active listening.

When I spoke to Griffin, I asked him how this unusual choice of subject matter ended up in the curriculum (it’s not everyday that you run into high school kids that analyze and critique Led Zepplin’s music for an elective!). Griffin explained that his passion for the genre (since 1973, he hasn’t missed a single Yes tour!) was underpinned by the school’s willingness to take risks in supporting his out-of-the-box ideas. Even the school board members were onboard (no pun intended!) when he presented to them the philosophy behind teaching progressive and hard rock. 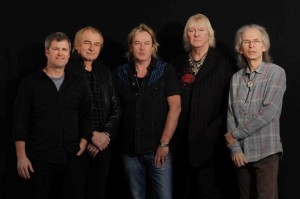 He explained how elements of music and performance, musical skills and concepts are taught through a style of music that is exciting to high schoolers. These music courses are writing-based as they encourage students to be music critics. This is particularly significant for students who don’t necessarily play an instrument but have to take an arts elective to fulfill the graduation requirement. In 2010, HVCHS students went on a field trip to a Yes concert. The band hosted the class in the sound check, followed by a Q&A with guitarist Steve Howe, keyboardist Oliver Wakeman, and lead singer Benoît David.

This commitment to widening the critical and artistic perspective of students is not exclusive to music teaching at HVCHS. With the inauguration of the performing arts academy, dance is now a curricular discipline (previously it was extracurricular) taught all year long, with 34 students enrolled and a dedicated teacher/choreographer.

Griffins’ desire to expand and offer more opportunities to the district’s students is insatiable, and it’s encouraging to hear that the school district is behind him. Our children are definitely fortunate to be growing up in this part of New Jersey.

As I wrap up an enjoyable interview with him, he recommends Sir Ken Robinson’s work on the importance of creativity. Here is a talk by Sir Robinson, the most watched Ted Talk of all times in fact, it will make you laugh, think, and leave you with plenty of inspiration and new ideas.

An error in the original publication of this article incorrectly attributed the interview and article to Mary Galioto, instead of MercerMe’s Arts and Culture contributor Sarah El Miniawy Hefni.  Our appologies for the error.