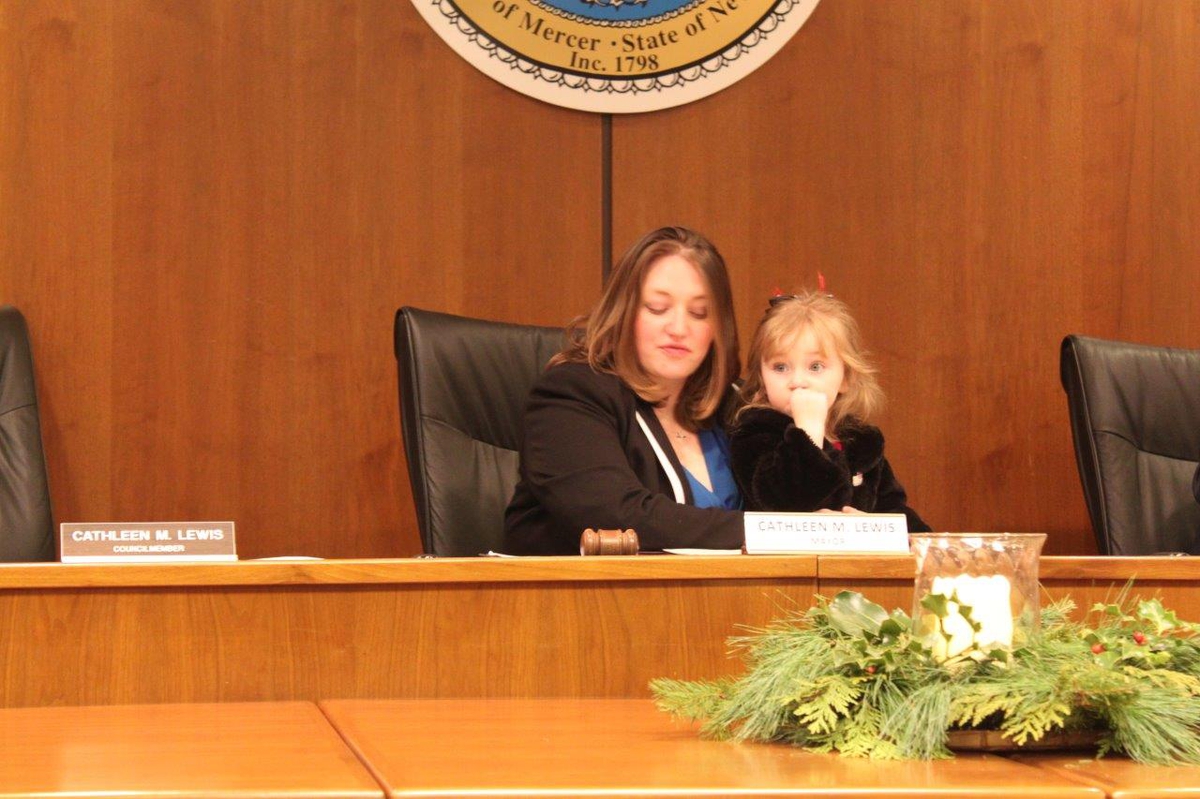 It’s 9 days out from Election Day. I’m fighting a cold, my daughter just finished her first week of preschool and I’m out going door to door asking residents to vote for me. At this point a logical person asks, “Why are you out? Do those 50 doors really matter? You’re unopposed, so why not just stop campaigning?”

There are several reasons. First, and foremost, I want to help my running mate, Chris Bobbitt, get elected because I believe we need more voices on council, someone who understands what young families need, someone who wants to innovate and move us forward.

And then, there are the two young girls we met along the way. I introduced myself as the mayor and they instantly went into their homes to tell their parents that they had met me and that they had to come meet me too. They then helped us finish the route, telling us which of their neighbors weren’t home so we didn’t waste time at their doors.

Going door to door isn’t just about asking for votes, it’s about being responsible to your electorate and about making sure that you are truly representing them. Too often, people chalk this time of year up to “silly season.” And with Donald Trump all over the news, it’s easy to see why, but when people just chalk it up to that time of year when all the politicians come out, we are all worse off.

People should expect their leaders to ask for their vote and, as elected leaders, we should be making sure we ask for that personally, as often as possible. Luckily, I generally meet people who are happy that their mayor is at their door. But, sadly, there are those who are upset by the intrusion. I’m always sad about those because, no matter what party you belong to, we should be having a dialogue. So I’ll keep knocking on doors to have that dialogue.

Lastly, those girls were excited not just to meet their mayor, but they were excited because she was a “girl.” And, if nothing else, I’ll keep getting out there because more girls need to see woman out there doing these jobs. They got to meet not only me but also County Clerk Paula Sollami Covello.

We need to show young girls that they can be leaders before they even think about questioning the possibility. Thankfully, here in Mercer, we have lots — many whom are on the ballot this year, including myself, Assemblywoman Liz Muoio, County Clerk Paula Sollami Covello, Freeholder Ann Cannon, Julie Blake in Hopewell Township, Deb Lehman in Hopewell Borough, Deborah Gnatt in Pennington, Ayesha Hamilton and Alison Miller in West Windsor, Amy Inman and Jo Anne Bruno in Hamilton,  Councilwoman Heather Howard in Princeton, Susan Bluth in Hightstown and Mayor Janice Mironov in East Windsor.