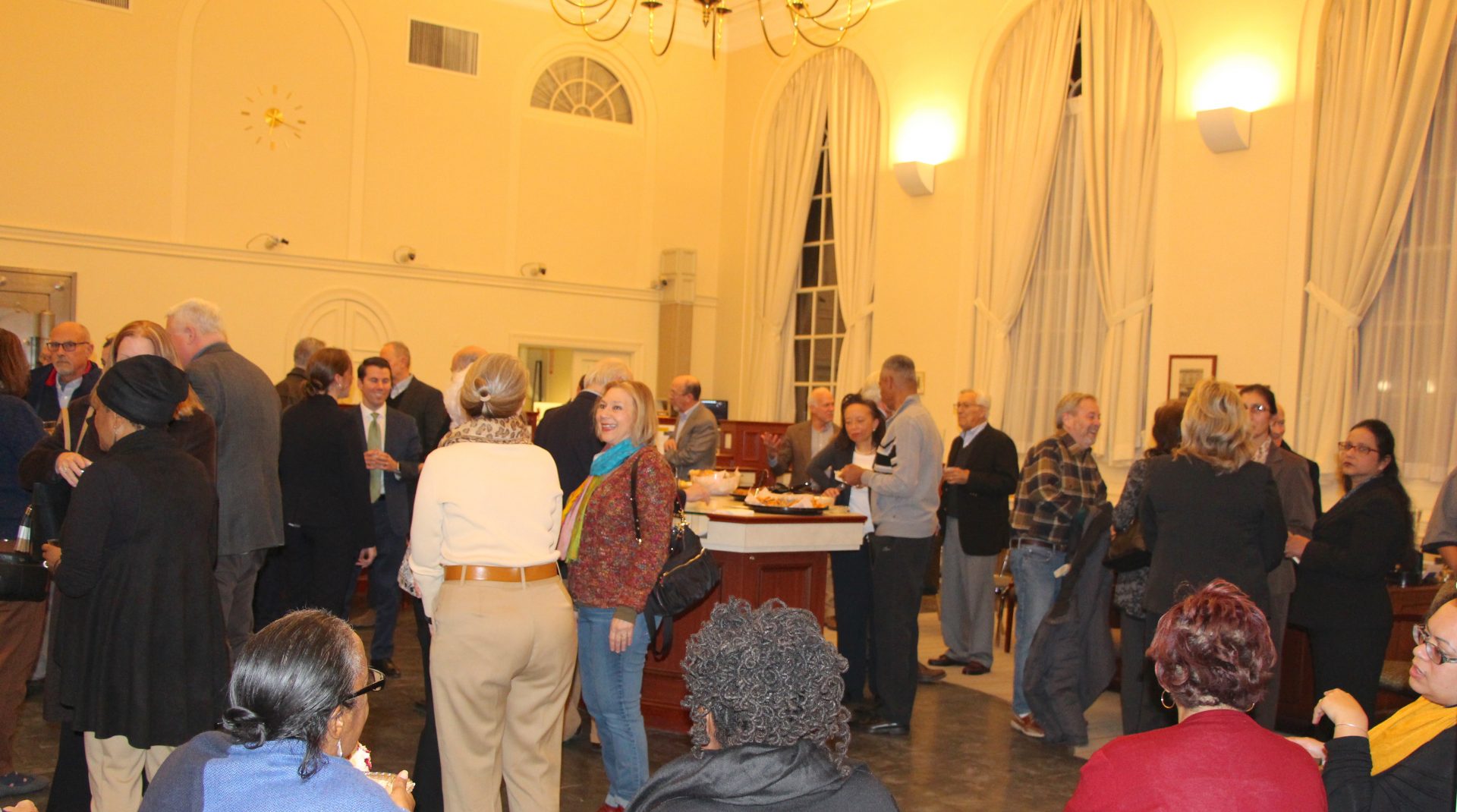 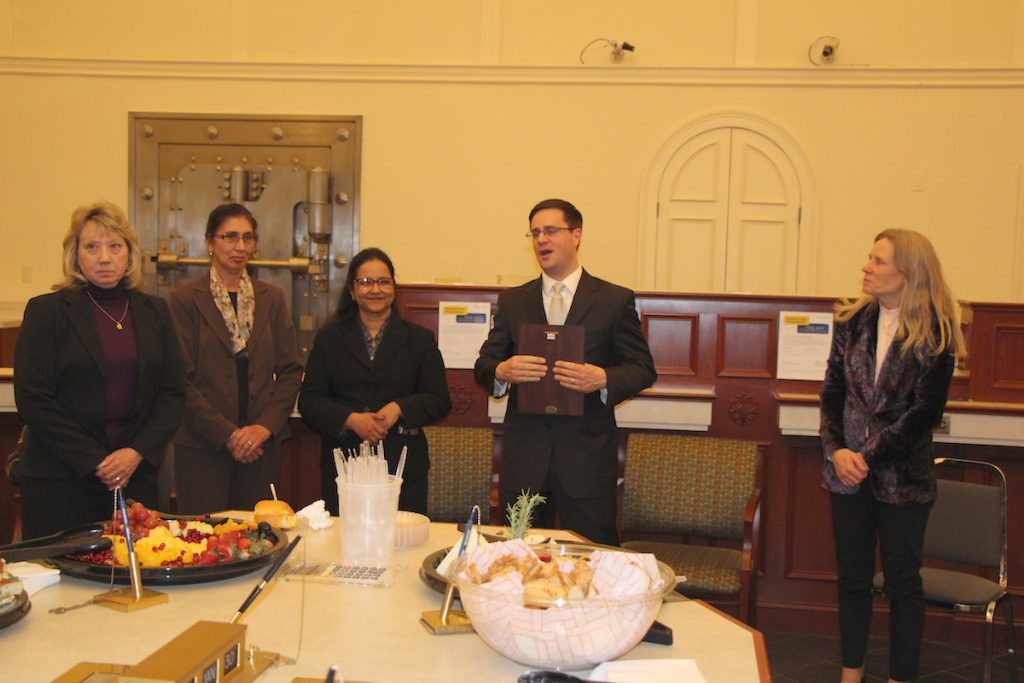 “Sun National Bank has been incredibly generous to the Borough each year by opening its doors for our annual holiday walk, as well as hosting events such as this award ceremony,” said Pennington Borough Councilwoman Catherine “Kit” Chandler, council representative for the Pennington Economic Development Commission. 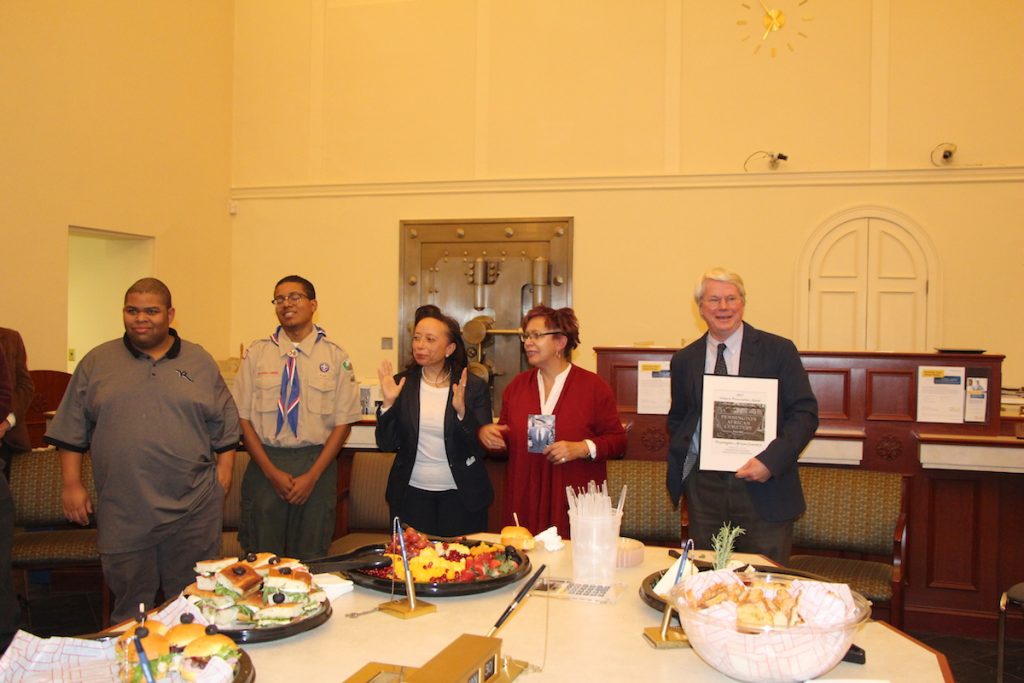 “Thank you for this award. We are very proud to accept it,” said Witcher.

“Pennington African Cemetery is the final resting place of individuals born before the Civil War, up until the Civil Rights era,” Witcher explained. “For over 100 years, many people were laid to rest here.” It is also includes the burial sites of at least ten civil war veterans. (For recent MercerMe coverage about the Pennington African Cemetery, check out this link.)

A preservation honorary mention was awarded to Monica George of 126 South Main Street, as well as her architect, Gary Mertz, and builder, Dave Nelson. 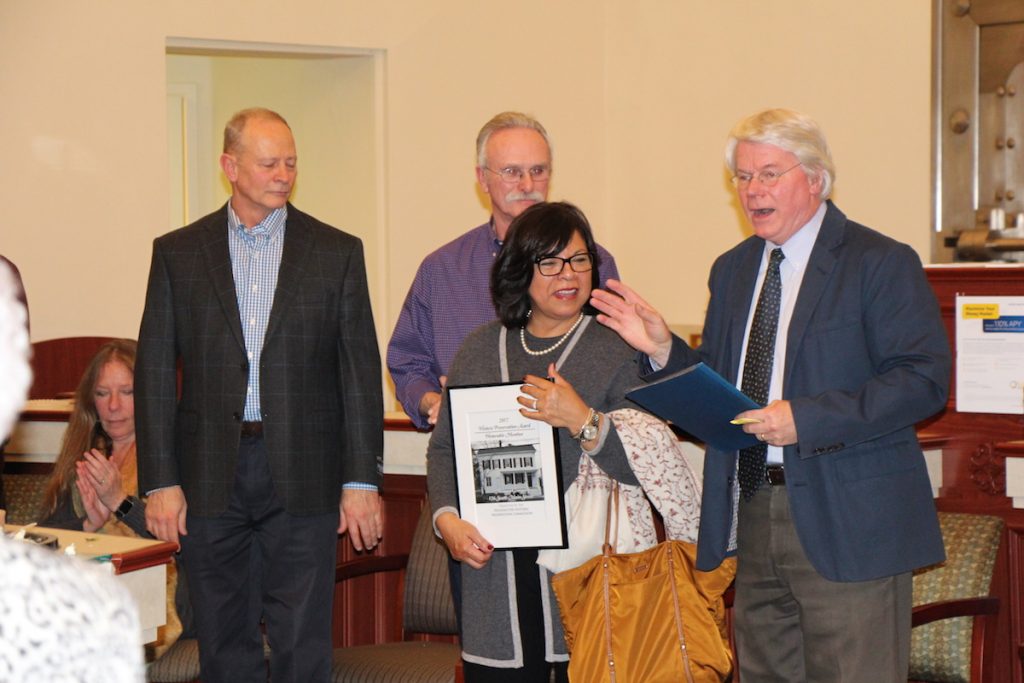 The evening was also a chance to celebrate Pennington Borough’s many volunteers and their efforts. In attendance were representatives from Pennington’s volunteer groups such as the Borough Commissions: Shade Tree, Environmental, Parks and Recreation, Health, Historic Preservation, and Economic Development. Additionally, Hopewell organizations were represented including the Hopewell Valley Historical Society and the Hopewell Valley Green Team.