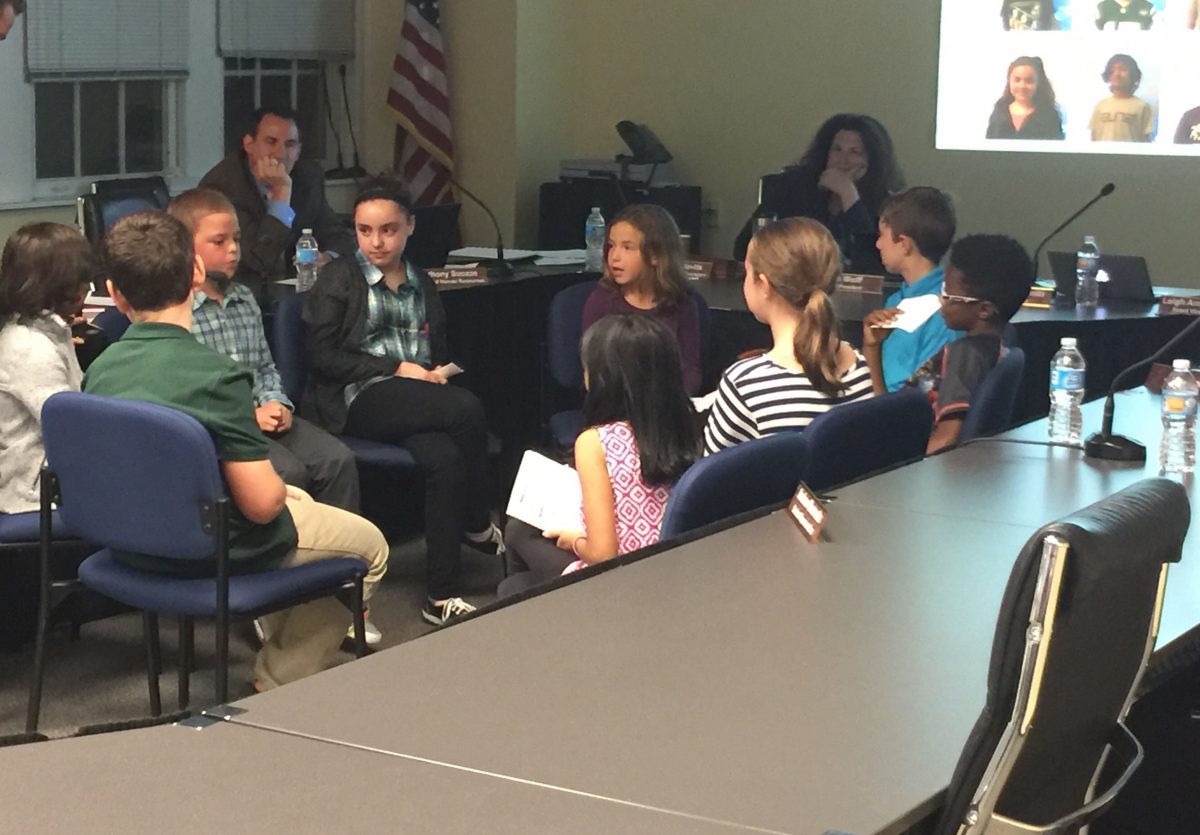 At Hopewell’s Board of Education meeting, held this past Monday night, I was made to think of the show, “Are You Smarter Than a 5th Grader,” as I listened to students from Bear Tavern Elementary School’s STEM (Science, Technology, Engineering, and Mathematics) Academy.

In its 3rd year of operation, the STEM Academy draws 4th and 5th grade students across Hopewell Valley’s school district. Kids apply to the program if collaborative problem solving and inquiry-based learning, along with a love of math and science, appeals to them.

Despite having a presentation prepared for Hopewell’s Board of Education, Christopher Turnbull, Principal of Bear Tavern Elementary, decided to let the students share some of the main elements of the program from their own perspective.

Clear enthusiasm was shown when describing completed projects that addressed such real-world problems as designing a circuit that will sound an alarm when a pet’s water gets too low and designing an ankle brace.

The sage group of students also discussed their perspectives on project failure and the value of collaboration. In describing how scientific problems are solved, Aaren N. explained, “As Mrs. Overman would say, ‘It’s important to learn with new brains, because you can’t just have one person leading the group. It’s important to include people with different strengths and skills that make the team able to solve problems’.”

On the topic of failure, Téa L. said, “A big part of STEM is failure. We have to learn that not everything is going to work and that sometimes it’s good to fail and you learn what you did wrong,” Additionally, Joshua V. said, “Failure make success all the better. If you succeed all the time and never taste failure, and one day you fail, it makes failure 100 times worse. But, if you fail regularly, it makes failure better, and it makes success much better.”

Sadly, I did not feel smarter than the 5th (and 4th) graders after hearing their presentation. Knowing that these kids are likely to be our future problem solvers though, we should all be excited to see their progress as they move on to  the STEM programs waiting for them in Timberlane Middle School and Central High School.