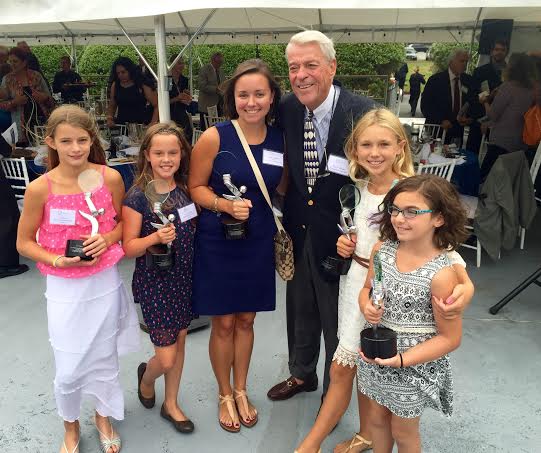 Last month, four Stony Brook Elementary students and their teacher, Sara Lindbloom, were surprised with prestigious award, “The Tommy” at the National Gallery for America’s Young Inventors event in West Orange at the Thomas Edison National Historical Park.
Students Rory Danieluk, Dylan Kalina, Emma Smith and Zoe Kitson had the notion that Thomas Alva Edison should be named as State Inventor after a class trip to the New Jersey Statehouse and wrote a bill that was introduced to the Senate in May (see also A History-Making Trip to Statehouse for Stony Brook Elementary Students).
And this fall, Lindbloom, the students and their parents were invited as guests to the National Gallery for America’s Young Inventors event by John Keegan, the president and chairman of the Thomas Edison Foundation, only to find out during the award presentations that they were receiving an honor, “The Tommy.” “The Tommy,” named after Thomas Edison, is given to those who strive to create positive change in the world through Edison’s vision, exemplifying the ability to think big new thoughts. 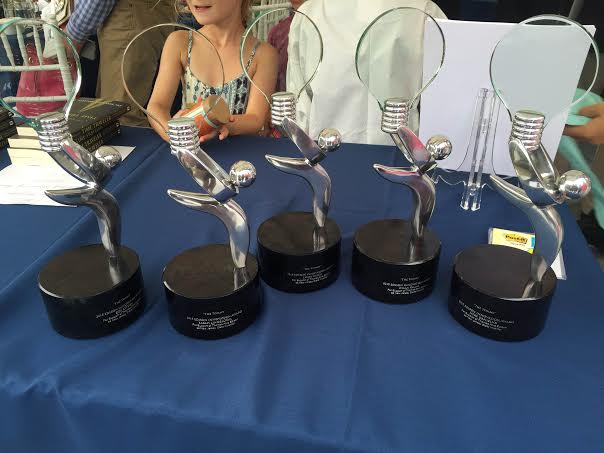 “Under the guidance of their great teacher, Sara Lindbloom, the students came up with the idea of fulfilling their civic responsibility by petitioning their local state senator to have Thomas Edison designated as the official inventor of the State of New Jersey. The bill is currently in the Senate and has a companion sister bill in the Assembly. The board invited these students today to receive the Tommy Award, a modern symbol of innovation,” said Keegan.
Lindbloom expressed how honored they had been to be invited, to be a part of everything, and to even receive a private tour around Edison’s lab from Keegan himself.
“We were so shocked and I personally had tears in my eyes when they began saying all the girls’ names. I’m so so proud of them,” said teacher Sara Lindbloom. “It is amazing how far the girls have gotten by sticking to their beliefs and never backing down!”