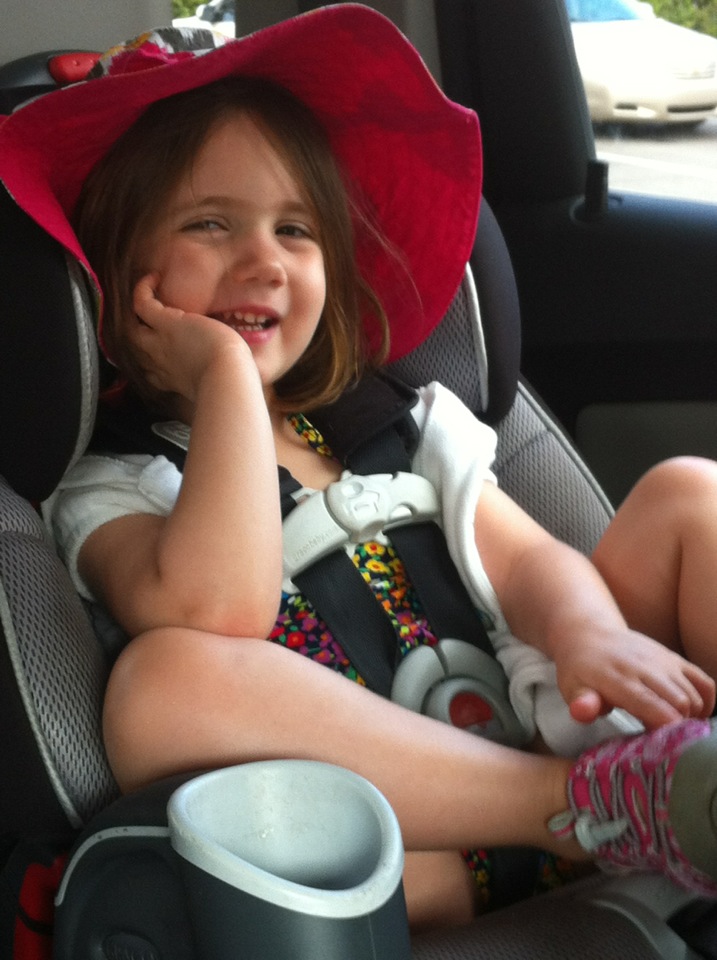 As mothers, it’s our instinct to worry. As creatures of social media and the 24 hour news cycle, we can take our pick of concerns: brain eating parasites in lake water, cancer causing chemicals in non-BPA plastic, stranger danger, or the good old “is my child hitting his milestones.” But there is one easy place to ensure your child is as safe as possible, yet many times I hear objections. It’s your car.

In my job for AAA, I fought hard to see the new seatbelt regulations pass because I see the how scary it is out on the roads everyday. Working in traffic safety makes you acutely aware of all the dangers on the roadway, but I rarely have to worry about my kids’ safety when I’m behind the wheel because I also get to see the power of car seats.

For new regulations, check out What You Should Know Before September About New Car Seat Law Changes in New Jersey.

I’m not going to spend this whole column telling you stats like that kids in rear facing seats are 75% less likely to die or have a severe injury in a crash. Instead, I’m going to tell you what goes through my mind when I chose the seats my daughters are in.


Car seats are more than just fancy seatbelts, they are engineered to displace crash forces putting less pressure on the tiny bodies they carry. Car seats, especially rear facing ones are so safe, if installed correctly, that even in deadly crashes, they have the grisly nickname of the “orphan seat.” When everyone else in the car is killed, a rear facing child may come out unscathed.

Think about what happens when you are in a crash or even when you stop short — your whole body moves, leading with your head. Now think about what happens to the child in a rear facing seat – the seat moves cushioning and cocooning them. If that child was forward facing, their body would react as ours did whipping forward head first, the difference being that their heads are disproportionately large for their bodies, the weight and force can lead to neck and spine injuries … or worse including the scariest term I’ve ever heard as a mother – internal decapitation.

So, after hearing all these big scaries, how is that I don’t worry every time I buckle my kids in? Because I know that by following the best practices, and now New Jerseys law, I can keep them safe. They will stay rear facing until they are at least 2 and 30 pounds, then they will stay rear facing until they hit the weight and height limits of their seat.

Too often I hear parents complain that their child is cramped or is asking to turn around. First, my oldest is tall, I mean 95 percentile tall. She was rear-facing until 2 and a half, at which point she was too tall for her rear facing seat. But she wasn’t uncomfortable. She closed her legs in front of her or threw them over the sides. My youngest is almost 2 now and likes resting her feet on the seat back. How many times have you looked at your child sleeping or watching tv and thought “How is that comfortable?” Their bodies are flexible and they probably don’t notice it at all. And at the end of the day, a broken leg is easier to fix that a broken neck.

And why is that five point harness so important? Because it too helps the child ride down the crash forces. Think about that sudden forward motion again, with a harness a child doesn’t move as much since they are secured at the hips and at both shoulders. Less motion equals less risk of spinal injuries.
Once they age out of the five point harness, they will move to a high backed booster seat where they will stay as long as they fit in it because a highback booster not only ensures the seatbelt hits them in the right spots – the shoulder and hips, it provides additional protections to keep the proper fit. Think about how your child sleeps in the car, for many without a highback, they would fold over at the waist offering little protection in a crash. The high back keeps them upright and, let’s face it, is way more comfortable to sleep on then their brothers lap.

When they out grow the highback booster they will move to a regular booster until they are 8 years old and at least 57 inches, at which point a seat belt should hit them at the right place.

To some, it may seem like an over abundance of caution. To me, it offers piece of mind that I’ve sent my kids into the world with the best protection possible. And thanks to our first-in-the-nation-law, parents have the tools to make sure their kids are as safe as possible.