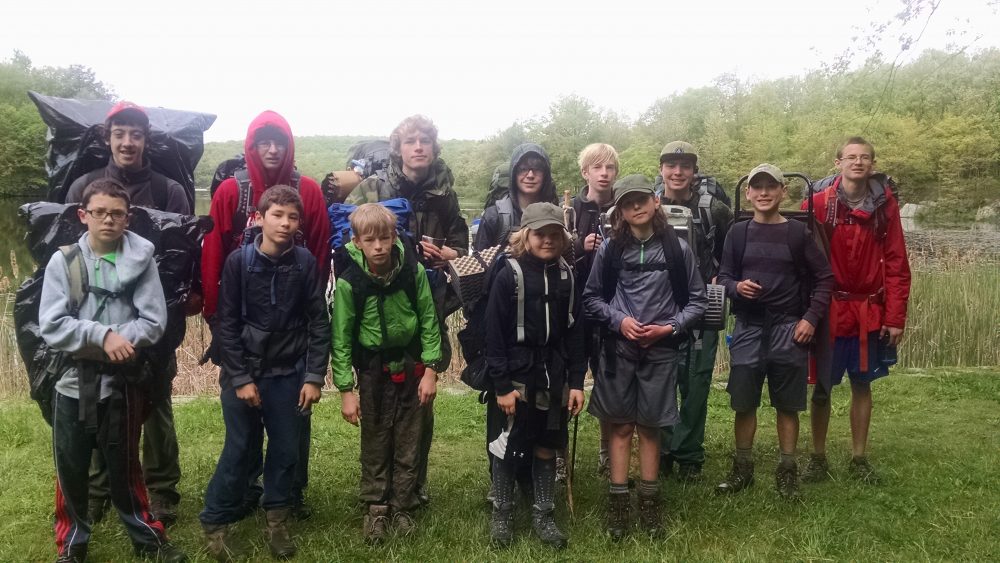 While everyone else slept-in last Saturday morning, 13 Boy Scouts, plus 11 Scout leaders and parents of Hopewell’s Troop 71, assembled in front of Hopewell Presbyterian Church in Hopewell Borough.

Scoutmaster Tom Dallessio oversaw final preparations prior to the 2-hour drive to Wawayanda State Park in northern New Jersey. Each boy carried a pack, typically 20 to 40 pounds, containing much of what they needed for an overnight campout. For the oldest boys, this included sleeping bag, mat, tent, food, cook stove and first aid kits, while younger scouts carried lighter loads.

The Troop hiked a total of 14 miles, partly along a loop that carried them 8 miles into the park to a campsite near Wawayanda Lake. Segments of the hike were on the Appalachian Trail and others were on State Park trails and included some steep climbing that made some of the hikers glad they had brought their walking sticks.

The afternoon brought an exciting encounter with nature: the observation of a 5 foot long black snake draped along the rhododendron bushes bordering the trail. Shortly after this, the boys arrived at the campsite. There they pitched their tents, cooked dinners over tiny camp stoves, relaxed by the campfire roasting marshmallows with chocolate, 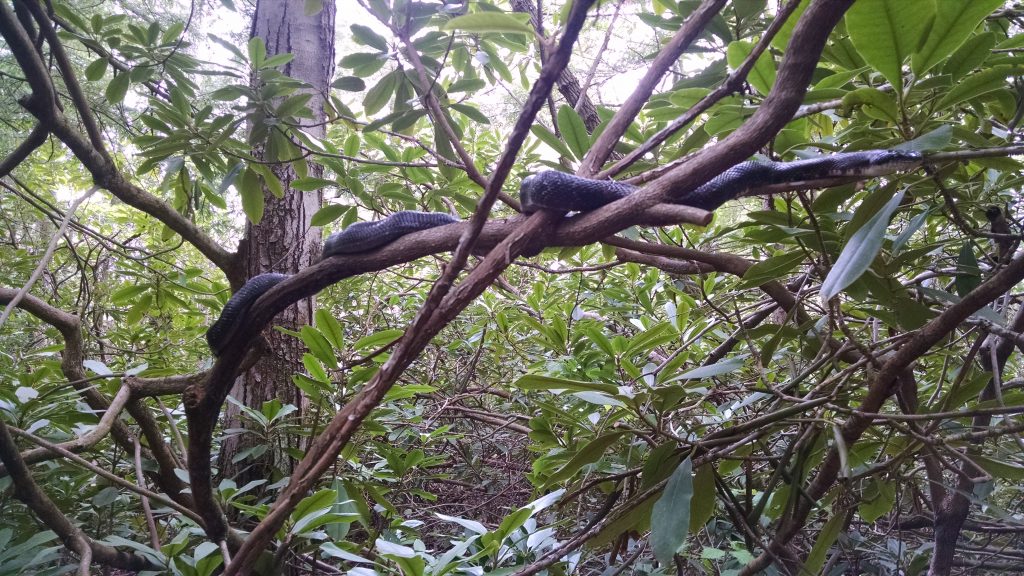 and heard an inspired story on the topic of “honor” from Assistant Scoutmaster Jay Ottinger. The evening’s activities wrapped up just in time for everyone to climb into their tents before the day’s cloudy skies opened up and rained down on the Troop, now dry and snug inside their sleeping bags. 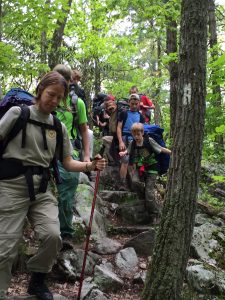 Wakeup was triggered by early morning bird song and, by 7am, most of the Troop was up, eating breakfasts ranging from pancakes or eggs, to oatmeal and coffee, while others were busy packing up their gear. By 8:30am, the Troop began the 6-mile hike out of the park back along the Appalachian Trail, carefully stepping around occasional piles of black bear dung.

With a range of ages as young as 11 and adults up to 79, the group completed the hike together, without injury. The group extends its sincere thanks to Troop leaders Stan Krystek and Don Fowler for planning a weekend filled with personal accomplishment.