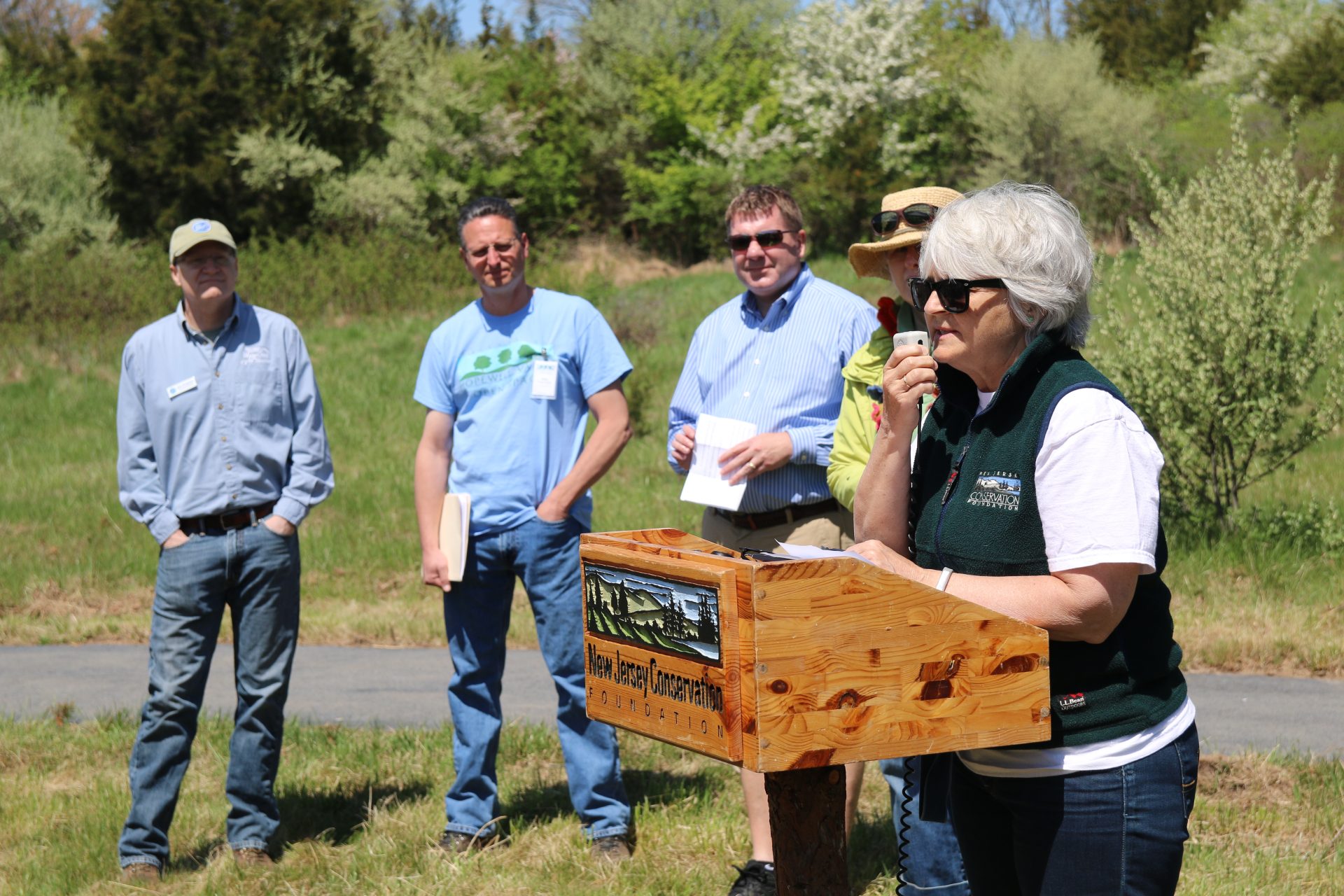 Hopewell Township’s newest park got a public welcoming on Sunday, as area conservation groups and government officials gave local residents a preview and thanked those who helped make it happen. MercerMe was there to capture photos of the event, including a peek at an abandoned tunnel that travels under Carter Road!

Residents and volunteers from across Hopewell Valley and beyond came out to enjoy the beautiful 320-acre site, along with local nonprofits: New Jersey Conservation Foundation, Friends of Hopewell Valley Open Space (FoHVOS), D&R Greenway Land Trust, Hopewell Valley Citizens Group, the Lawrence Hopewell Trail and the Stony Brook-Millstone Watershed Association. The Hopewell Valley Arts Council was also on hand for a kite-making demonstration.

NJ Conservation Foundation Executive Director Michelle Byers thanked everyone who made the land preservation acquisition happen, including Mercer County and Katherine Dresdner of the Hopewell Valley Citizens Group who spearheaded the campaign.  Also speaking were Hopewell Township Mayor Kevin Kuchinski and Jim Waltman from the Watershed.  Mike Van Clef, a land steward from FoHVOS explained the process for obtaining public input and putting together the management plan for the new park, something he and FoHVOS are currently developing.  Lawrence Hopewell Trail co-President Becky Taylor gave the public an update on the trail’s progress through the park, which one of the last unfinished segments of the more than 20 miles of trail connecting Lawrence and Hopewell.

For prior MercerMe coverage on the preserve, click here and here.

Please note:  MercerMe contributor Ryan Kennedy and publisher/founder Mary Galioto proudly serve as trustees for Friends of Hopewell Valley Open Space and the Lawrence Hopewell Trail, respectively.  The two nonprofit organizations are involved with the preservation and stewardship of the Mount Rose Preserve and mentioned in this article.